BACK
88th In The Points

Pace Battling To Get His Good Mojo Back 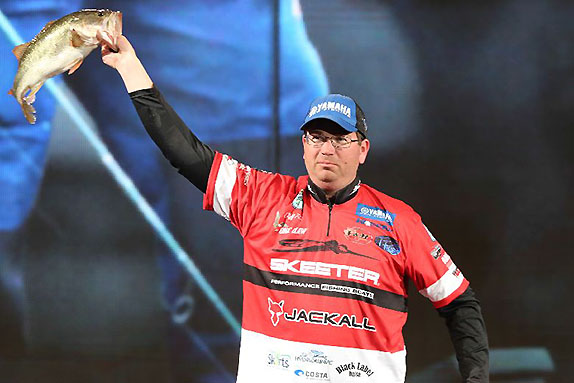 Cliff Pace said he hasn't been as mentally sharp this year as he was prior to sitting out the 2014 season due to a severe leg injury.

Cliff Pace's return to the Bassmaster Elite Series hasn't gone nearly as smooth as he'd hoped, and the 2013 Bassmaster Classic champion is now a longshot to return to Grand Lake next March for the 2016 edition of the sport's premier event.

He said what's hindered his performance this year has nothing to do with the leg he fractured in two places in a fall from a treestand 18 months ago, which caused him to sit out last season while he recovered. Rather, the four-tournament slump that's seen him plummet to No. 88 in the Toyota Tundra B.A.S.S. Angler of the Year (AOY) race is rooted inside his head.

"I've had a lot of little things not go my way," the usually stoic Mississippian said. "But honestly, those little things shouldn't equate to doing as badly as I have in the last several events.

"You're always going to have those little things like a lost fish or getting beaten to the place where you wanted to start the day, but you can't let them lead to really bad tournaments, and that's what's been happening to me. I don't know if the time away has anything to do with it, but I haven't been able to get dialed in like I need to. I'm killing myself trying to figure it out because it drives me crazy in a way that I can't even describe."

He appeared to pick up right where he'd left off when he returned to the circuit this year, logging a solid 27th-place showing at the stingy Sabine River. However, things turned sour after that.

A 61st at Lake Guntersville was followed by a disastrous West Coast swing that saw him post finishes of 80th at the Sacramento River and 75th at Lake Havasu. Then he was an even 100th last month at Kentucky Lake – the first time in his 74 Elite outings that he landed in triple digits.

"In my career, I've never had a string of tournaments that was this bad," he said. "At some point it does happen to just about everybody and I guess I'm fortunate that I went as long as I did without it happening, but nonetheless, it's frustrating.

"I feel like I'm going to straighten things out and get back to where I need to be – if I didn't, I wouldn't be out here doing this. In this sport, one event can change everything as far as your mental outlook and your confidence and things of that nature. I'm looking for anything I can find to make that happen."

He said he's made some costly miscalculations at each event during his slump.

"At Guntersville and the two tournaments out west, the fish were caught very differently than what I expected – it was like everything was behind where it should've been and I missed that in practice. Then at Kentucky Lake I didn't have the best of practices, but I did find a few schools and when they moved, I was unable to relocate them.

"It's the little things that hurt you when you don't have a tremendous amount going on. I just haven't been as mentally sharp as I used to be and I need to get back to where I can decipher what I find in practice, whether it's good or bad, and get back to trusting my decisions."

Strong Ledger in the North

Long breaks in the schedule such as the one the Elites have endured over the past month can be tough on anglers who are riding momentum – in either direction. Those on a hot streak want to keep the figurative ball rolling and those who are slumping are anxious for an opportunity to reverse their fortunes.

As a member of the latter group, Pace has done a lot more fishing around home over the past 30 days than he normally would in a quest to recapture some good mojo. This week he's devoted full days to tackle preparation for the August derbies at the St. Lawrence River and the Chesapeake Bay.

"Where I'm at (in the standings) is not due to less effort or not focusing on my job," he said. "My biggest struggle right now is my confidence because I've been having mediocre practices and then, when things change (during the tournaments), I'm making incorrect decisions about how to adjust."

His record on Northern fisheries is fairly strong – for instance, he was 29th at the St. Lawrence and 24th at Lake St. Clair in 2013. He's not counting on that history to pull him out of his current malaise, though, because his issues haven't been venue-specific.

"I'm looking forward to going up north because I enjoy fishing there, but as far as location goes, I'm pretty comfortable no matter where I'm at. I just have to be able to put the pieces together and then give it enough time to make it work so I don't end up scrambling around at the end of the day.

"Maybe I've just pushed a little too hard since coming back from the injury and that's led to some bad decisions and bad events. I'm working diligently to get it all back, though, and I have faith that it'll come." 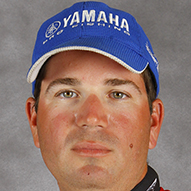