BACK
Checks Rolling In 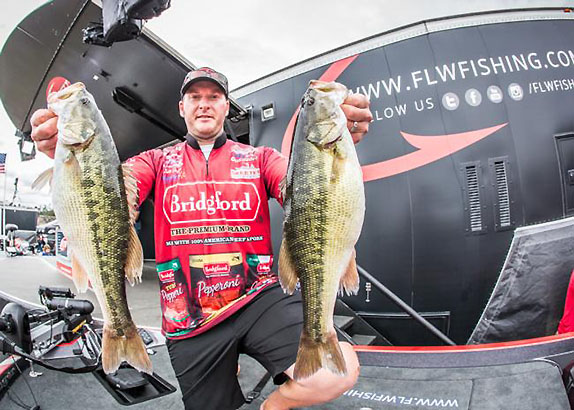 Matt Stefan has cashed a check in 12 of the last 14 FLW Tour regular-season events.

For a guy who never pre-fishes for regular-season events, Matt Stefan has become a remarkably solid FLW Tour pro. He recently completed his fifth season on the circuit (and second since giving up a full-time gig as a commodities investigator in Chicago) and placed 21st in the Angler of the Year race despite posting no tournament finish higher than 20th.

Going back to the middle of the 2013 campaign, the 35-year-old has collected a check in 12 of his last 14 outings. Next month he'll compete in his second consecutive Forrest Wood Cup.

"The guys I room with have started calling me 'Mr. Consistency'," he said. "I'm okay with that, but in order to move up to the next level I need to start making more (Top-20) cuts and getting some Top-10s.

"It's comforting that I've gotten to the point where I expect to cash a check, but I definitely feel like I've got a long ways to go and a lot of improvements to make before I'll have a shot at something like the Angler of the Year."

Stefan would prefer to pre-fish more often, but scouting trips to the circuit's primarily Southern venues from his home in central Wisconsin are expensive propositions. He reserves such excursions for the Cup, which pays a minimum of $10,000 to every competitor in the field regardless of finish.

"From a fishing perspective, it doesn't make a lot of sense to be up north," he said. "I wish I could (visit every tournament site beforehand), but the logistics don't work well as far as time and expenses. I'd use up 2 full days just driving to them.

"We lived in Chicago until March of 2014 and then moved to where we are now (Junction City, Wis.), and I don't see us moving from there real soon. My wife's a chiropractor and she's got a clinic there, and there's a lot of other reasons. We're pretty happy where we are."

He's made it work despite the limited on-water preparation time. He began 2015 by equaling his career-best finish in a full-field event (20th) at Lake Toho and then ended up between 28th and 46th in four of the other five derbies. His lone stinker was an 83rd last month at Lake Chickamauga.

"I avoided the community stuff on purpose there because I felt like I could find some things on my own, but it turned into an event where I was just scraping up whatever I could," he said. "I had a few other mishaps this year (primarily some key fish that got away and a few that died in his livewell, resulting in costly penalties) and I kind of feel like I had a better year than the results showed, but it was a good year overall. I didn't miss out on too many opportunities."

Stefan's first-ever pre-practice trip was to Lake Murray for last year's Cup, where he logged a 13th-place finish. He wrapped up his second such journey this week to Lake Ouachita in preparation for this year's championship event, which gets under way Aug. 20.

"It was totally not what I was expecting," he said. "I didn't think the lake would fish that big when I got there because looking at it on maps, it's not huge in terms of length, but it has a huge number of nooks and crannies and creeks and it's got islands everywhere.

"I kind of like the fact that it's not a developed lake – there's not a house on it. It's got a few marinas, but you could get lost there without GPS."

He went there looking to develop a topwater bite around bluegill beds, as several high finishers from the 2011 Cup at Ouachita took that route.

"I did find that, but I think that because of a few circumstances, it wasn't working that well. The water's dropping right now and a lot of the bluegill beds I found are literally high and dry. The honeycombs are up on the bank and the bluegills are in 2 inches of water, just starting at the beds."

He didn't get a lot of bites, but he did connect with some quality. Most of the fish he boated ranged from 2 1/2 to 4 pounds.

"I was surprised by all the deep structure – I caught fish from a foot of water all the way out to suspended over 100 feet. There were fish in the submerged trees and I wasn't expecting to do much vertical jigging, but after seeing the lake, I did a little of that, too.

"I can't say I walked away from there knowing exactly what I'm going to do. I know I can't rely on just topwater – that's probably the second or third option. Now I'm looking more offshore because that's where I caught the better-quality fish."

> Stefan joined Tour veterans Randy Blaukat and Luke Clausen on the Bridgford Foods pro staff last fall. "I attribute a lot of my recent success to having Bridgford as a sponsor," he said. "They fully support me and have allowed me to pursue a career I'm passionate about." 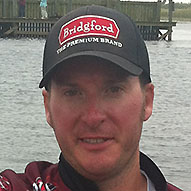