BACK
Bohannan Jumps To 2nd 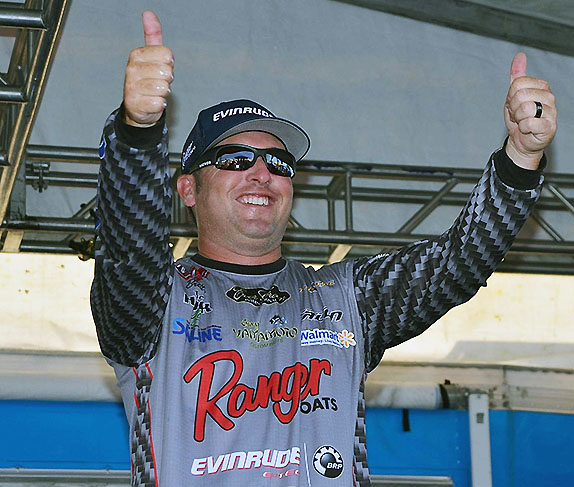 Brett Hite closed out his wire-to-wire win at Lake Okeechobee with a 14-11 stringer today.

Normally, a 14-plus pound stringer at Lake Okeechobee in February doesn't turn many heads.

Brett Hite already had everyone's attention at the FLW Tour season opener and today, he was just looking to stay in his element and finish off the masterpiece he started putting together on Thursday.

Behind a 14-11 bag at the Big O, the second-smallest limit of the 10 finalists today, Hite salted away his second career FLW Tour victory. He finished with 88-14, well off the blistering pace he set over the first 2 days, but it was more than enough to hold everyone off and close out the wire-to-wire triumph.

“What a great tournament,” said Hite. “You don’t get this opportunity very often, and you really cherish it when you do. There is nothing better than fishing your gut feelings and never second-guessing yourself. I didn’t lose a fish this week, and I fished a flawless tournament. It’s so grueling out here fishing at this level; I’m just very thankful."

Here's a look at how the rest of the Top 10 finished:

After a series of angler disqualifications prior to the tournament seemed to divert attention away from the water, the fishing at the Big O eventually took center stage as the big pond gave up incredible numbers of big fish and several memorable stringers.

Okechobee was a different animal this week, though. Talk of a bed-fishing bonanza never materialized, largely because of the moon phase, but considerably more open water and a decrease in the amount of vegetation made access to some very fishy areas much easier. While the flipping bite did produce some key bites for just about everyone, it was no doubt a chunk-and-wind derby dominated by moving baits (swimbaits, bladed jigs, swimjigs).

The main playing field never seems to change, though, at Okeechobee as nine of the Top 10 finishers spent the majority of their time in the lake's popular westside community holes like Harney Pond and the North Shore and the Monkey Box.

The Tour schedule picks back up in the first week of March when Lake Hartwell hosts its second Tour stop in the last 3 years. Brent Ehrler won at Hartwell in 2012.

Hite left the dock today with the goal of bringing back a 15- to 20-pound stringer. He figured that would be sufficient to fend off any sort of heroic charge from the rest of the Top 10.

His starting spot produced a good fish and his second stop really turned out as he boxed a limit by 9.

"They were biting there and I caught a bunch of fish there," he said. "I had some nice ones and it just calmed me down and let me relax because I knew the gaps everyone had to make up to catch me."

After weighing nearly 59 pounds over the first 2 days, Hite pounded out two decent bags on the weekend to seal the win.

"I didn't get that giant bite yesterday or today and it's not like I wasn't doing the same things as I was doing the first 2 days," he said. "Today was just another solid, flawless day.

"It was just a great week. You just know when you win one of these things, everything has to go perfect and it did."

Full details of his winning pattern, as well as those of the other top finishers, will be published soon. 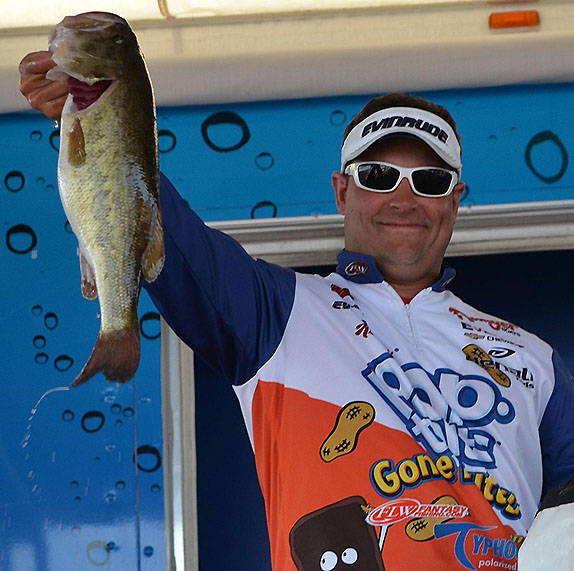 
Greg Bohannan notched the best Tour finish of his career this week.

Bohannan knew Hite would have to seriously stumble today for the door to open wide enough for him to have a shot at the win, but he was perfectly satisfied collecting the runner-up check. After opening the event in 2nd after a 27-pound day 1, he nicely bookended the week with a 23-07 effort today.

"It was like a dream week for me," he said "I was afraid my alarm clock was going to go off and I'd wake up. It was just incredible. I was really blessed that I found that area and it kept replenishing every day."

The morning swimbait bite wasn't as hot as it had been so he switched to flipping reed heads and immediately started gaining momentum with two solid keepers.

"It was cooler this morning and they were actually perfect conditions with the overcast skies and a little bit of wind, but they didn't bite the (Gambler) Big EZ this morning," he said. "Those shallow fish just don't seem to want to come to the top after a cool night."

Once the sun burned through and the water began warming up, he picked the swimbait up again and stuck three 5-pounders in a 10-minute span.

Watson has been riding a wave of confidence ever since wining the Table Rock Lake PAA last year. He kept it going this week with a career-best Tour finish and hopes to carry it through the rest of the season.

"I'd say this ranks right up there with my PAA win," he said. "Confidence-wise, I just feel like I can pull up somewhere and after a couple days of running the lake, I feel confident I can get into check range. The light bulb is going on a lot and I'm just shooting from the hip."

Today's morning reaction-bait bite was slow – he caught plenty of fish on a spinnerbait, but no difference makers. That all changed when he picked up his flipping rod at noon.

He targeted isolated reeds with hydrilla around them. His kicker today, which he estimated weighed 7 1/2 pounds, came around 1 o'clock and set the tone for a good rest of the day.

Tharp could've joined the masses fishing the outside edges and open water with ChatterBaits and swimjigs. Instead, he stuck to what he knows best at Okeechobee and it resulted in yet another Top-5 finish there.

"I'm not too terribly disappointed because I said earlier in the week that I didn’t feel like the lake set up well enough for a flipper to win," he said. "There just wasn't enough productive water for the way I was fishing. 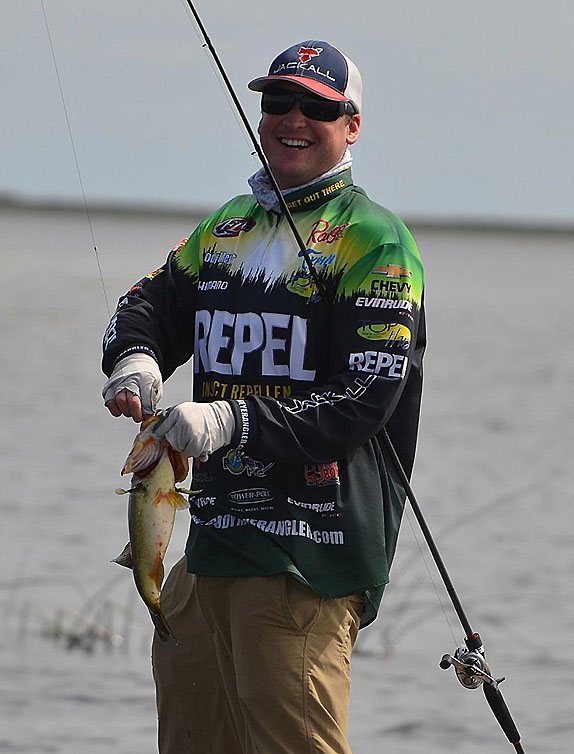 
A switch to flipping today resulted in a 23-pound bag for Cody Meyer.

"Looking back, finishing 4th was a success for the way I was fishing. I'm happy for Brett. Of all of the other guys in the Top 10, if I couldn't have won, I'd have picked him."

He came into the day facing a 12-pound deficit and he knew he'd need a day similar to what Hite had on day 1 to have a shot at the win. It just never materialized for him.

"We had a north wind today and it made it harder to fish efficiently," he said. "I can usually use the wind to my advantage here because it helps you be quieter since you don’t' have to turn with your trolling motor. I just let the wind blow me up against stuff.

"I had probably 15 bites today, which was more than I had yesterday, but I only had one good one and I needed five."

Meyer was thrilled to rinse away the bitterness of his 118th-place finish at Okeechobee last year.

"I couldn't be happier," he said. "This was huge for me. Last year, finishing as low as I did, I had to make up ground at every tournament after that and it was a grind. To start off the year like this and conquer my worst finish ever is just fantastic."

He started today casting a bladed jig, but wasn't seeing the results he'd hoped for. He picked up his flipping rod and targeted isolated reeds with a Jackall Sasuteki Craw and by 11 a.m., he had nearly 20 pounds in the livewell.

"I must have caught 40 fish today and 20 of them were 3 pounds or bigger," he said. "It was just incredible. If I'd have stuck with the ChatterBait, I maybe would've caught 12 or 15 pounds."