Morgenthaler Amped About Return To B.A.S.S. 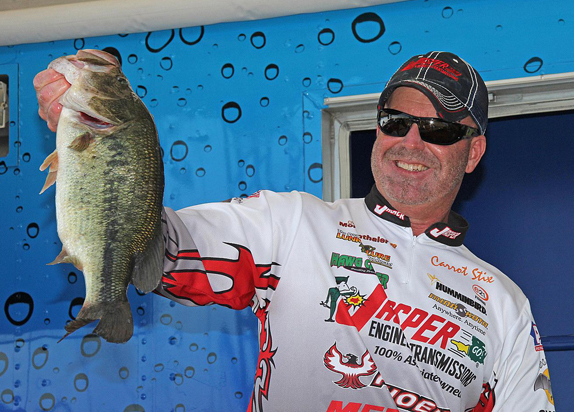 Chad Morgenthaler is set to make the jump to the Bassmaster Elite Series in 2014.

Chad Morgenthaler entered the 2013 tournament season with one goal in mind – do everything in his power to qualify for the Bassmaster Elite Series in 2014.

He fished two divisions of the Bassmaster Opens (Southern and Central) and even sacrificed an FLW Tour event at Lake Eufaula, but he ultimately made it happen. He finished 7th in points in the Southern Opens division and earned one of the five invitations to fish the Elites next year (three other anglers who'd already qualified finished ahead of him).

He said he feels like he's turning a page in his career after fishing the FLW Tour for the past 10 years. He was last a regular on the Bassmaster Tour in 2005, the year before the Elite Series was formed.

"I'm really excited and glad I made it back in," he said. "I'm really looking forward to a change in some venues. There are some new faces around on the B.A.S.S tour where there wasn't when I left 7 years ago. There are still a lot of familiar faces and I have a lot of great friends there. It was really an easy transition.

"It was something that whenever you look back on the things you've done and the goals you've set and you've tried to accomplish and you've either hit or missed them … all of my goals are very important on the B.A.S.S. side and they were lining up better there. Not that FLW isn't important and not a good tour, but it was really a no-brainer."

The Lake Eufuala FLW Tour and Logan Martin Southern Open fell during the same week in May, which forced him to make a tough decision. Forgoing a Tour event and essentially taking himself out of contention for a spot in the Forrest Wood Cup (he was 32nd in points prior to Eufaula) was a bold decision, but after posting Top-15 finishes at the first two Southern Opens, he felt the right move was to go to Logan Martin and try to collect as many points as he could to secure an Elite Series invite. He placed 68th there and it wound up being enough.

"I couldn't miss it because I was doing pretty well in the Southerns," he said.

Ready for the Rock

Morgenthaler has fished some Opens off and on since he started fishing the FLW Tour, but this was the first year he'd fished two full divisions. He said the reduced FLW Tour schedule contributed partly to his decision to pursue an Elite Series spot.

"I felt like I wanted between 8 and 12 events a year," he said. "It did make a difference, that's for sure. We have to have those opportunities to fish for big money."

In addition to the Elites, he'll fish the Southern Opens next year. He says he's entering next season with a fresh perspective and a desire to be more consistent.

"I definitely want to be a threat every time I put my boat in the water," he said. "That's my goal next year, to be consistent and not make any dumb moves. Do I think I have the ability to win at any given time? Yes. If I didn't, I don't think I would've survived 11 years professionally. Have I done it yet? Nope, but it doesn't mean that I don't feel like I can. If things go right, I could have a great year with the way I've set my schedule up with just the one tour."

Of the eight venues on next year's schedule, there are none he's more stoked about than Table Rock Lake, which will be the third stop in early April.

"Because I live there," he said. "I've always done fairly well there and it's a great time of year. I've already been trying to work on it. I'm looking forward to some of the other ones because it'll be a fresh look, but that's the one I'm anxious about.

"Looking at the schedule, I feel like I should be able to catch them everywhere and at about any time of the year at this point. Was this year pretty decent? Yes. Was it what I'm striving for? No, it wasn't."

His goals for next year are simple. Aside from the ones he shares with all of his competitors, he has one angler, in particular, in his crosshairs.

"When people fish, they say their goal is make the Classic or win Angler of the Year," he said. "Yes, I do have long-term goals, but those are every angler's dreams that fishes professionally. My goal for next year is to try to beat Kevin VanDam in every single tournament. If I achieve that goal, I will have had a phenomenal year. I'm not saying I can do it, but that's the goal."

Morgenthaler said he has registered to fish the Classic Wildcard tournament next month at Lake Okeechobee in an attempt to qualify for his fourth career Classic. He has a strong track record in Florida, especially at the Big O, where he has four career Top-10s across B.A.S.S. and FLW, and he's hoping he can ride that confidence to a win.

"It's a decision I battled with for a while," he said. "I haven't had much time off and we have a pretty serious financial commitment for next year. It's a one-shot-or-nothing deal. I chewed on it for about a month and a half. I knew I needed to be there.

"Even with 175 guys, two things did it for me. One, they wouldn't let me know how many people were in the event, which led me to believe that it wasn't a very big field. I looked at the list of the guys who were already pre-qualified and the guys that I felt like I had to beat down there – Randy Tharp, Scott Martin, the Lane brothers (Chris and Bobby). Those guys weren't fishing it. That's not to say some great anglers won't be there, but those are the guys you know will be in the Top 5 every single time there. It's the last shot and I feel good about it. I love it down there in the fall." 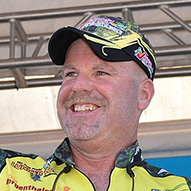