Cullerton On Bagley: Why, When, What First? 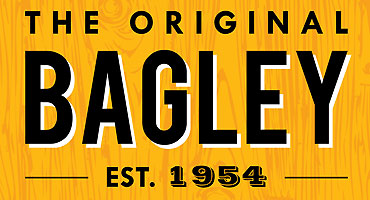 (Editor's note: This is part 1 of a 2-part Q&A with new Bagley ownership partner Bill Cullerton, Jr. In observance of the Independence Day holiday, part 2 will be published Tues., July 5.)

Two men aim to change that.

Bill Cullerton, Jr. and Jarmo Rapala closed on their purchase of the Bagley Bait Co. in March of this year. News of the sale didn't reach the public at large until this week, but the duo's already deeply involved in the effort to return Bagley to glory.

Jarmo, a celebrated lure designer, is the grandson of Rapala founder Lauri Rapala, but is no longer associated with the Rapala brand.

BassFan sat down with Cullerton to learn more about the Bagley purchase: Why he and Jarmo bought the company, when they bought it, their strategy, their goals and more. That conversation is summarized in the Q&A that follows.

BassFan: When did you actually purchase Bagley?

Cullerton: The sale closed in March, but we'd been talking for quite some time – over a year. It just took a little longer than we expected to get it done.

The bass-fishing public, and even the media, didn't really hear about the sale until this week. Was that planned, or were you just too busy to step right into marketing and promotion?

We just broke out an ad in Fishing Tackle Retailer this month, so we're just starting to get the word out. Truthfully, since we didn't have a lot of inventory, we wanted to take the time and work on some things to improve the company.

The No. 1 thing for us was the quality of the lures. There'd been a series of ownership changes at Bagley over the years, from Jim Bagley to the next individual and so on down the line. Over time, the line started to change as far as the quality and action of the baits. Even the model numbers changed somewhat.

Some of the original Bagleys are still some of the hottest lures out there – the originals, not the moderns. Are you saying that one of your initial goals is to get back to that early Bagley balsa action?

We really want to get back to the basics with the lures Jim Bagley actually had, then make some refinements within that. The first thing we did was we literally contacted collectors, old fishermen, pros we know, guys who fish Bagley, and said, "Show us your old Bagleys."

We threw them to see what the actions looked like compared to the current product and knocked everything down to where the actions would really be a Bagley. Ten of those lures went over to Finland with Jarmo. With his pedigree with designing balsa-wood baits – his background and his experience and his name – he really took apart those lures, reassembled them, did some minor reshaping here and there, adjusted some lip angles and where the hooks attach.

They're just starting to carve the first Bang-O-Lures right now and the actions are going to be really, really good – the best Bagleys ever made. 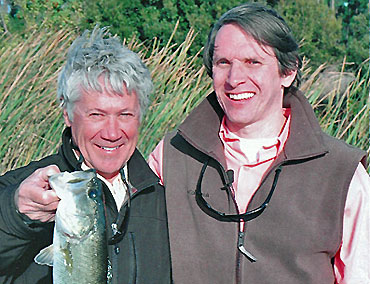 
Bill Cullerton (left) and Jarmo Rapala purchased the Bagley Bait Co. in March of this year.

We have the original mandrels and original carving machines, which have been modified and improved. Basically they're the same machines. We really don't have a template per se outside of the mandrels. Those are the templates. So we have all the original mandrels. Carving is one thing. But where do you put the hooks? The eyes? What angle does the lip attach at?

So it was really more about going back to find the right formula to make the baits run the way they should be running. And I feel like we've done that. We're starting to manufacture lures again. You can see the logo on the website – The Original Bagley. We redid the logo to get a more contemporary look, but there's still some traditional Bagley feel to it.

The packaging itself is really nice. It's about 30% to 35% smaller than the current packaging, so it's a more sustainable product, it takes up less space at retail, and we like it. It's a very clean, clear box where you can see the lure from all angles. It's very simple but pretty cool.

Will you release some of the baits with the old lead-weighted diving lip?

We're going to have the lead weights in the Diving B and Killer B. The Balsa B is the square lip and doesn't have lead in it. The key reason for the lead is it gets the bait diving more quickly because of the weight. And we think it's a different look compared to what's in the marketplace.

Will the baits be painted or wrapped?
We did keep foil in the line, so some will be foil. The rest will be painted. Not every (model) will have foil (options). But some of the lures that had foil in the past will still have it.

We came out with a lot of new colors too – more contemporary colors. We have an updated sexy shad with a lot of purple in it – you don't see much purple in the marketplace. We added a yellow perch to the line more for the walleye market, and we've made some clean upgrades to colors across the board. You'll have to see the colors to know what I'm talking about, but I'll tell you, we're really excited about the colors.

> Bagley founder Jim Bagley died in February 2004 of pulmonary fibrosis at age 80. He started the Bagley Bait Co. in Winter Haven, Fla. in 1954 and sold the company in 1989. He also owned and operated Bagley's SilverThread fishing line for 10 years (1983-93), which was a new type of line that originated in Japan. He was elected to the Fishing Hall of Fame in 1965 and the Bass Fishing Hall of Fame in 2005.

> The Bagley placeholder website, which includes a newsletter signup, is BagleyBait.com..