BACK
A Brand Reborn – Part 2 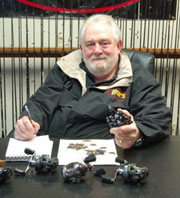 Lynn Reeves says a new Lew's BB-1N is planned for launch sometime in 2013.

(This is part 2 of a 2-part story about the legendary Lew's fishing brand. To read part 1, click here.)

The Childre family had known Springfield, Mo. resident Lynn Reeves for nearly 3 decades, dating to the time Reeves was a buyer with Bass Pro Shops. Reeves not only knew the Childre family, he also knew the brand inside and out, as well as the overseas manufacturers who could bring Lew's back into production.

So Reeves seemed the perfect fit to resurrect Lew's, and the family sold him the entire brand.

"I had a great deal of respect for the Lew's brand, and was very much aware of it when the Childre family controlled the brand in Foley, Ala.," Reeves told BassFan. "Their vision was to build high-quality fishing tackle and they developed the slogan Lighter, Faster, Stronger. Lew's is always going to be high-quality fishing tackle. From the very beginning, our plan was to build good reels and good rods."

Reeves thus came into the Lew's business with the same vision Lew Childre and his family embraced. And as noted in part 1, Reeves immediately surrounded himself with other ex-Bass Pro Shops employees, many of whom had been let go during a reorganization. Specifically, Reeves built the initial Lew's team to include Alan Wakefield, Rick Collins, Chris Pardue, Arley Clark and Charita Strickland.

"Our corporation is named Do Outdoors, and I'm proud to say that every associate we hired had been unemployed over the last couple of years," Reeves said. "I'm very happy we were able to put people back to work. And I'm very thankful to Bass Pro Shops. They trained me, and I wouldn't have had this opportunity if not for them. They educated me."

The company later added two industry heavy-hitters – president Gary Remensnyder this past January, and VP of sales Richard LaBauve last week. Both were previously with Shakespeare, Pflueger and associated brands, which merged with Pure Fishing under Jarden Corp.

Alongside the new personnel, Lew's needed to bring product to market, and according to Reeves, the initial goal was to offer a suite in both the rod and reel categories under the Speed Spool and Speed Stick names. No low-end though – Lew's would focus its efforts from middle- to high-end product. 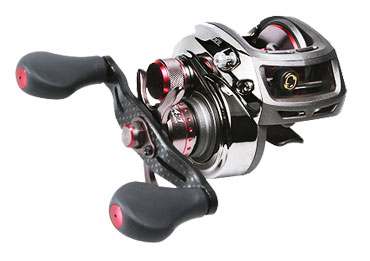 "When we re-entered the market and started shipping products last fall, we knew we had a group of anglers – the baby-boomers – who were well aware of the Lew's brand and the product that had been on the market in past years," Reeves said. "So our initial product launch was geared toward anglers who knew the Lew Childre brand – who knew who we were and had been waiting for a new product.

"If we're talking to people who don't know what Lew's is, we try to show them the features and benefits of the product we have. Our current line of baitcasters is compact and palms very nicely in the hand. They feature 10 ball bearings, they're extremely smooth, they cast like a rocket. In the '70s and '80s, Lew's was really talked about as being the innovators and building lighter, faster, stronger products. That's what we're focusing on – being innovative and lighter, faster, stronger."

Examples? Lew's Tournament Pro baitcasters weigh 6.7 ounces and feature aircraft-grade Duralumin performance gearing. Another example? The Lew's pro staff includes several heavy-hitters, but each approached Lew's first to obtain product – not a sponsor deal. In the case of Terry Scroggins, he purchased a Lew's Speed Spool in Mark's Outdoors and called Reeves to ask for a price break on an order. He and Reeves struck up a conversation, one thing led to another, and Scroggins became a pro-staffer.

"I continue to get information from our pros that these are the best reels they've ever used," Reeves said. "I pinch myself every day, because what happened with Terry, basically the same thing happened with Mark Menendez, Kevin Short, Peter T., David Fritts. They basically came to us, then we worked out a program to where we could support them."

The industry hasn't yet seen the next round of new products from Lew's, some of which will first be shown this July at the ICAST industry tradeshow in Las Vegas. Some of the products won't even be seen there, as they're on a 2013-14 timetable or beyond.

According to Reeves, Lew's will debut new several new reels in Vegas this summer, including lower-price-point baitcast and spinning-reel series.

"Then, 2013 is our target to introduce the new BB-1N, which will be the new big reel for us," Reeves said. "It's still in the design phase right now, but we expect the tooling of the reel to start this fall sometime. The BB-1N was the heritage of Lew's. When you talk to people about Lew's, they think of the BB-1N. It was the premier baitcast reel in its day, and our goal is to bring it back and at the same time for it to be new and innovative with a high level of performance. I believe we've got that with the design that's coming.

"I believe in high quality," Reeves added. "I go to the furthest level I can to build the best product I can. I never say no. I continue to strive to be better. It's a weakness of mine, but I think if Mr. Childre and I were able to meet each other, we'd find we have a lot in common."

> Although this story focused on bass tackle, Lew's is very active in the crappie market, which again hearkens to the company's roots (Bream Buster pole), as well as Reeves' experience at Bass Pro Shops, because it was Reeves who first launched then oversaw the whole Mr. Crappie program with Marshall. Lew's last month signed an exclusive agreement to distribute Wally Marshal Mr. Crappie-brand products. The crappie line will be a significant focus this summer at ICAST, where new Wally Marshall signature series rods and reels will debut.