BACK
Top 10 To Watch 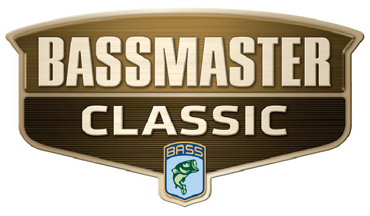 With a day of rest today, the 2011 Bassmaster Classic field spent several hours talking with the press. The field launches tomorrow for day 1 of competition and that's when we'll know more about weights, state of the spawn, fog, underwater obstacles, gas mileage, radar, water level and all the other factors that make this the most unpredictable Classic since the last time the venue played host in 2003.

BassFan was able to glean a few nuggets of intel today, though.

One name continues to surface among the pros, and that's Bobby Lane. He had a strong day yesterday – rumor is he got 40 or 50 bites – and there's a buzz around him.

Other than that, there's not much intel on who's really on fish.

When asked, pros most often listed Hackney and Cliff pace among Top 3 picks – a nod to both their Delta experience and their skill. Yet only one pro, Boyd Duckett, has ever won a home Classic.

Not surprisingly, a significant number of pros actually fished their Classic water yesterday. Conditions are changing so quickly, they felt they had to.

A lot of the Venice guys practiced their run but didn't fish their stuff. Word is Venice is more than capable of winning, but it's fishing small right now.

Conversely, it seems the majority of pros used yesterday to formulate a backup plan should fog roll in, or should their primary pattern fall to pieces. 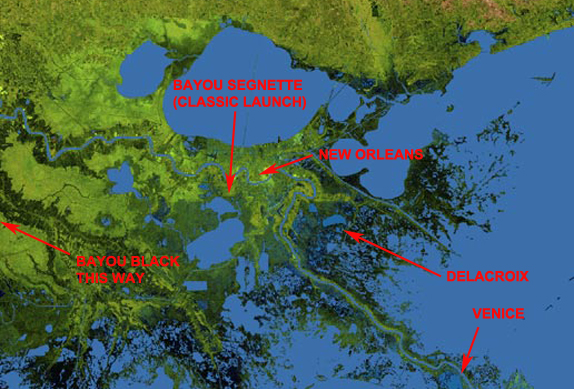 
Here's a look at how the Louisiana Delta lays out.

Based on direct questions, rumor and word-of-mouth, here's a prediction list of which pros will fish where tomorrow.

Here, in no particular order, is BassFan's recommendation on the Top 10 to watch at this event. (See end of this story for the full Classic field list.)

1. Gary Klein – Not only an emotional pick, but a smart pick too. Klein's spent a lot of time here, he's almost won here, he seems relaxed and confident and it could finally be his year.

2. Cliff Pace – Pace knows this Delta better than anyone else in the field and he's matured into a world-class angler. He's not fishing Venice, so he should have fish to himself. A big plus. 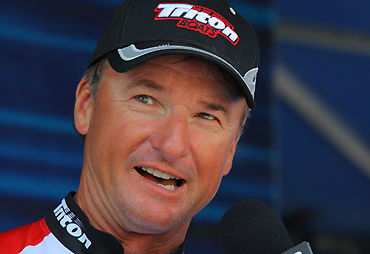 
Gary Klein's a popular (and smart) pick – he's fished an amazing 28 Classics without a win and loves the Delta.

3. Kevin VanDam – Won his first Classic in 2001 and is the dominant angler of the modern era. He faces history though. Only Rick Clunn has ever won back-to-back Classics, and no one's ever consecutively won Angler of the year, the Classic, Angler of the Year then another Classic. Now that would be something.

4. Aaron Martens – Probably the most naturally gifted pro in the field, Martens has a connection with the fish (and the bait they eat) that's simply uncanny. He's never won the Classic, although he's finished 2nd three times.

5. Bobby Lane – A Florida pro who loves this time of year in sub-tropical fisheries. He's a risk-taker and plans to fish Venice, but makes this list because of the buzz surrounding his final practice day.

6. Greg Hackney – A river rat who grew up in Arkansas but now lives near the Delta. Hack's been slinking and skulking around and barely fishing throughout practice and probably has something really good.

7. Sean Alvarez – A dark-horse pick. He's a big-bait angler from California who now lives in Vermont. He qualified for the Federation Nation National Championship three times in 7 years (made the Divisionals each year) and finally made the Classic. He plans to fish quite close, which could be a huge advantage.

8. Dean Rojas – He's been close to a Classic win before, but Takahiro Omori edged him out. Rojas has never won a major title, but it'll probably take at least two big bites to win the Classic and Rojas is the pro who can get them. Whether he can boat them is another story.

9. Skeet Reese – He's just been too hot to keep off any list. Over the past 2 years it seems he's a factor in pretty much every event he fishes, and is uber-hungry for another Classic title after the sting of back-to-back Angler of the Year losses. 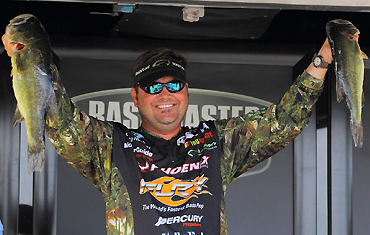 
Greg Hackney's been like a ghost during practice. What's he up to?

10. Randall Tharp – He's mega hot right now and has been for a while. His only route back into the Classic is the Northern Opens, which he's fishing this year along with the FLW Tour. Tharp has all the tools and is expected to become a dominant angler. It could all start this very week.

> David Watson – Talks like he's on them and has been fishing around Bobby Lane a lot during practice.

> Tommy Biffle – Narrowly missed making the Top 10. Ranked No. 3 in the world and has finished 2nd five times in major championships.

> Russ Lane – Cold weather hurt his chances last year fishing a hometown Classic, but has some vibes that things could go very well.

> Stephen Browning – Has an intimate connection with the Mississippi River and was a former Redfish Cup competitor.

> Mike Iaconelli – Famously won here in 2003 and just had a baby. Almost won both the Classic and the Forrest Wood Cup in the same year 2 years ago.

> Bill Lowen – He's all about shallow water and river systems. A nice combination.

Anglers will launch at 7 a.m. CST Friday through Sunday from Bayou Segnette State Park in Westwego, La. For weigh-ins, doors to the New Orleans Arena will open at 3 p.m. each day, with pre-show activities that include concerts, giveaways from B.A.S.S. sponsors and fan interaction. Elite Series angler Casey Ashley will perform on Friday and Nashville recording artist Randy Montana will take the stage on Saturday. Admission is free.