BACK
Glory Over Consistency

Most Lukewarm, At Best, On New Classic Guidelines 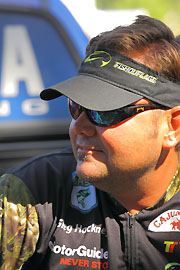 Greg Hackney doesn't like to see so much emphasis being placed on a single tournament victory.

Participation in bass fishing's premier event, the Bassmaster Classic, has long been a reward for consistency for those who fish BASS' flagship circuit. Anglers who accumulated the most points across a set number of tournaments were given the opportunity to compete for the "world championship."

For the most part, that will hold true in 2011. But numerous doors for the one-shot wonder to sneak through were opened this week when BASS announced new Classic qualification procedures that will take effect next year (for the full text of that announcement, click here).

For the 2012 Classic, the number of 2011 Elite Series anglers who'll garner Classic invitations throught the Toyota Tundra Angler of the Year points has been reduced from 36 to 28. The winners of the eight regular-season events will now get spots, as will the nine Bassmaster Open event-winners (three each from the Southern, Central and Northern divisions).

Depending upon how those 17 tournaments play out next year, the changes could have a negligible effect (or possibly even no effect) on which Elite anglers make the Classic, or it could alter the roster considerably if several Elite events are won by competitors who have otherwise mediocre seasons. One thing's for sure – participation across all three Open divisions is bound to go up.

Hypothetical Look in the Mirror

What if the new guidelines had been in effect this year? How would the look of the 2011 Classic be changed?

Well, very little, from the perspective of just the Elite Series points list. Byron Velvick (winner at Clear Lake, 77th in the points) and Kevin Short (winner at Pickwick, 63rd in the points) would be in, and Paul Elias (37th in the points), the last angler to make it under this year's system, would still be headed for New Orleans.

Elias gained his berth by virtue of defending Classic champion Kevin VanDam also re-qualifying via the Elite points. Under the new format, everyone from Elias on up would've gotten in through victories by anglers in that group (in that system, Elias' berth would've been secured by Dave Wolak's triumph at the Champlain Northern Open).

The landscape on the Open side would've been dramatically different, though, as only one of the Top 2 from any of the three AOY lists won an event (Andy Montgomery at Smith Lake in the Southern division). There'd be three additional Open anglers packing bags for the Big Easy (nine instead of six), but with the exception of Montgomery, none who finished 1st or 2nd in the points in their respective divisions.

BassFan contacted several Elite Series anglers to get their reactions to the changes. The majority were either undecided on the issue at this point or were in favor of the previous system.

"Winning a tournament is great and all, but winning one event doesn't mean you've just set the world on fire," said Greg Hackney. "It's certainly not a sign of consistency.

"My opinion is they shouldn't be adding people to the Classic who don't have to beat the rest of us consistently. If I'm going to fish the Opens, it's not going to be to make the Classic, it'll be to make more money because my expenses are so high. I've been at this for awhile now and the hype's kind of gone – I'm doing it to make a living and support my family, and right now it's costing me about $90,000 a year.

"Back in the day the Classic was the best of the best, and I'm thinking that's the way they ought to keep it. Don't let everybody in."

Added Dustin Wilks: "I can see why they're doing it, but as a fisherman, I don't like it at all. My general call on something like that is that it's better to reward consistency than one lucky tournament (winner), although I certainly wouldn't mind being that lucky guy. 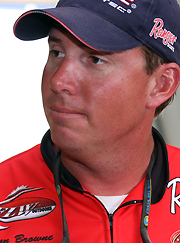 
The additional Classic berths that will be available through the Bassmaster Opens next year are intriguing for FLW pro Glenn Browne.

"For the Opens, it puts a little excitement into it – the points races there aren't all that exciting. But a guy could finish 2nd in all three tournaments and not get anything for it."

And this from Brian Snowden: "It's a good thing for the Opens, it'll grow that side of it, but I don't like potentially taking away Classic spots from the Elite Series. I think the Open guys should be rewarded for good performance over time, and I feel the same way about the Elites."

A few FLW pros were also surveyed to determine whether a Classic berth for a win would be enough of a lure to entice them into fishing one of the three Open circuits. Those opinions varied.

"The Classic is the pinnacle – it's where it's at. And I always did really well in the Strens (now AFS) – I have a good time fishing at the level and it's less stressful than an FLW Tour event."

Chad Morgenthaler, a three-time Classic qualifier through the Bassmaster Tour before becoming an FLW-only pro in 2006, had a different view.

"It piques your interest because the Classic is still the place where everybody wants to go, but I don't think it's fair to the (Elite Series) guys who've invested all that money and all that time," he said. "It creates a situation that doesn't seem favorable to the Elite guys."