BACK
Conservation Vs. Preservation 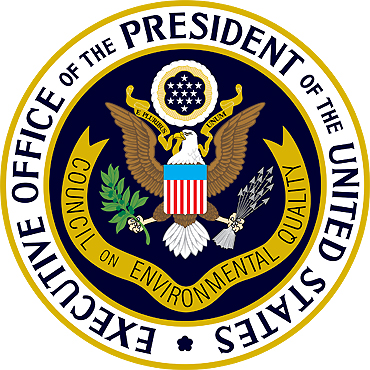 Usually when the fishing public hears about an access battle, it involves the coastline, or a steelhead or wild trout stream. But lately, the threat of possible widespread, freshwater gamefish closures reared its head. In response, stakeholders from across the fishing industry have circled their wagons to fight it.

The genesis of the problem stretches back through several years, and several presidential administrations, and is rooted in a farcical misconception that lumps commercial and recreational anglers together.

And at the core is the ever-present battle between preservation and conservation.

The Council on Environmental Quality is part of the Executive Office of the President and functions in an advisory capacity to the administration.

In June, President Barack Obama sent a memorandum to the heads of executive departments and federal agencies that established an Interagency Ocean Policy Task Force, chaired by the CEQ. The task force is made up of 23 other agencies represented by political appointees.

Obama ordered the task force to draft a comprehensive federal policy for all U.S. coastal, ocean and Great Lakes waters within a lightning-quick, 90-day period.

The task force hastily completed phase 1 – the publication of an interim report. That's where trouble for the sportfishing community began. And trouble continues as the task force prepares to enter phase 2 – the task force's effort to develop zoning for coastal and Great Lakes fisheries that will determine who, and what activities, will be permitted in differing zones.

Although recreational-fishing interests provided substantial input during phase 1, the interim report as published seemed to ignore that input, and recreational angling was lumped in with commercial angling. Thus, the fear is that if coastal or Great Lakes areas are declared closed to commercial fishing, they might likely be closed to recreational fishing as well.

Shimano shot out of the gate after publication of the interim report with a widely-circulated critique in which Shimano American president Dave Pfeiffer noted: "In spite of extensive submissions from the recreational-fishing community to the task force in person and in writing, they failed to include any mention of the over 1 million jobs or the 60 million anglers which may be affected by the new policies coast to coast. Input from the environmental groups who want to put us off the water was adopted into the report verbatim – the key points we submitted as an industry were ignored."

Shimano director of environmental affairs Phil Morlock blasted the interim report and pointed out that it mentions adherence to the 1982 United Nations Convention on the Law of the Sea – a treaty the U.S. never ratified that could compromise state jurisdiction over the Great Lakes and coastal waters.

"There was no mention of the fishery conservation efforts which anglers have led for over 50 years in every state – an environmental success story that has no equal in the world," Morlock said. "We question what implications there will be for state authority and jurisdiction in the Great Lakes and coastal regions if the U.S. adopts the U.N. Treaty. This significant change in U.S. policy direction is the result of a 90-day fire-drill process as ordered by the President that, not surprisingly, lacks balance, clarity and quality in the end product."

BASS issued a statement that said: "Representatives of the sportfishing community collectively provided extensive input to the Interagency Ocean Policy Task Force for its interim report. When that report was released Sept. 17, it was obvious that information was ignored. A couple of the groups' key objections to the interim report are the lumping of recreational anglers in with the commercial fishing industry and the fact that sustainable use is passed over for preservationist policy."

And BASS director of conservation Chris Horton noted the continuing problem of perception amongst many government officials and much of the public. The problem, Horton said, is that many feel the best way to protect a resource is through preservation, rather than conservation.

"Many want a hands-off, ho-hum interaction so as not to have any impact on a resource – just set it aside," Horton told BassFan. "But as conservationists, we believe in wise use and management. If we take care of resources, we can continue to go back and enjoy them, and get other people connected with the resource. We tried over and over again to get across to the White House and the administration that anglers always want to be part of the solution – never a part of the problem.

"At the same time, we tried to communicate that for people to appreciate it, they need to touch it, feel it, experience it," Horton added. "That's why recreational fishing's such a great activity. Not only do anglers help the resource through excise taxes and investment, but kids and other people get involved and in touch with nature so they want to protect that resource in the future. It's a legacy we've had literally since the country was founded."

And the ASA, long a watchdog for sportfishing interests, joined the fight with a series of press releases and position statements. ASA ocean resource policy director Patty Doerr was quoted as saying: "In regards to recreational fishing specifically, it's a long-standing policy of the federal government to allow public access to public lands and waters for recreational purposes consistent with sound conservation including the nation's wildlife refuges, national forests and national parks and (that) should be reflected in a national policy for the oceans and Great Lakes. In fact, the use of public resources by recreational anglers is essential to the conservation model used in this country for fish and wildlife management."

A short while after such messages proliferated through the industry, sportfishing leaders, including BASS, met with the CEQ in Washington to address their concerns, foremost being the omission of recreational angling from the interim report.

According to BASS's Horton, the CEQ wasn't surprised by the outcry from the sportfishing community, although they may have "underestimated" its volume. The CEQ also said, according to Horton, that the omission of recreational fishing interests in the report was "unintentional."

"It was a good meeting," Horton noted. "They recognized that America's anglers are not happy with the current direction of the task force, and they seem to want to correct their actions. We proposed that they make recreational use of U.S. waters, including recreational angling, a top priority in whatever policy is developed. In an email follow-up to the meeting, we thanked the White House for the opportunity to share our concerns and again proposed that they incorporate recreational angling as a priority of the policy."

Horton also said that the task force has moved into phase 2, which will be dedicated to developing a framework for "spatial planning," and will likely include the proliferation of zones on a map that dictate who can and cannot access or use selected areas of the oceans, coasts and Great Lakes.

Think a no-fishing zone can't or won't happen near you? They already exist as the National Marine Sanctuaries program and several were created during both the Clinton and Bush administrations. To cite just one example, Bush placed 120,000 square miles of water adjacent to the Hawaiian Islands off-limits to recreational fishing.

Specifically, the practice is to prohibit recreational fishing in such waters unless science dictates otherwise. Again, recreational and commercial fishing are treated as one in the same. And as many in the sport predicted, there's been little science effort directed toward removing the rec-fishing ban in said areas.

Of course anglers – and most state DNR managers – agree that the best way to protect an aquatic resource is to recruit folks to connect with and care for the resource. In other words, if you fish the water, you care about the water, and you provide the funding to care for it through license and tackle sales, as Horton noted.

Furthermore, the largest threats to aquatic resources – and in particular freshwater resources – have time and again been shown to be pollution, watershed degradation and a general apathy amongst the public. Not recreational fishing.

What You Can Do

The task force is set to deliver its framework by Dec. 9th. However, the public comment period for the interim report is open until close of business tomorrow (Friday).

BassFans are encouraged to voice their concerns by submitting a public-comment form. Please let the task force know the vital role that anglers play in conserving the nation's aquatic resources – including the Great Lakes – and how crucial it is to make sure all waters remain open to recreational fishing for current and future generations.

The Keep America Fishing website, maintained by the ASA, currently has a page dedicated to the public-comment period, with an easy-to-use submission form and sample letter, although it's suggested that anglers personalize the letter or write their own.