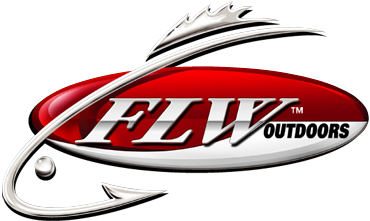 Editor's note: This story was updated Wednesday at 4:00 p.m. ET.

FLW Outdoors cut its workforce this week. Specifics aren't yet known about the exact scope of the reduction, who was released, and whether or not the cuts were limited to the Benton, Ky. headquarters or extended to

Jacobs Interactive in Minneapolis, Minn. However, sources indicate that two BFL directors were released, and the cuts as a whole were restricted to lower-level staff positions.

"The current economic climate has created many challenges for American businesses. Many organizations in our industry have been adversely affected. FLW Outdoors has also been facing these challenges and recently had to make some difficult decisions regarding some positions within the organization. These decisions were not easy, nor did FLW Outdoors take them lightly. FLW Outdoors will continue its efforts to provide the angling community with quality tournament programs that meet the current economic climate and is looking forward to a successful 2010 season."

In a follow-up question, BassFan asked FLW Outdoors if it could comment on the size of the reduction and whether any senior tournament officials were released. An FLW Outdoors official told BassFan: "We're striving to operate as efficiently as possible and if you look at our staff, the changes we made affected less than 5% of our workforce. We're evaluating everything, as we do on a regular basis, and we're diligently working on our 2010 plans to provide the anglers with quality tournaments that meet the current economic climate and the challenges the anglers face. On the tournament-director front, all our tournament directors work together and ultimately report to Charlie Evans."

The news comes amid a growing sense within the sport that FLW Outdoors will curtail its tournament offerings next year. A much-anticipated announcement about 2010 schedules, formats and payouts has not yet been released, which has led many to believe that trails such as the Walleye League and Tour, BFLs, College Fishing, Strens and FLW Series may see reduced schedules, or at the very least, an adjusted entry-fee/payout balance. And the indications that cuts were made to BFL oversight would seem to hint at a contracted BFL schedule next year.

In August 2008, FLW Outdoors canceled its redfish and kingfish saltwater tournaments, condensed its Stren Series events to 3 days, and capped its FLW Tour and Series fields at 150 boats.

More on this breaking story as news emerges.