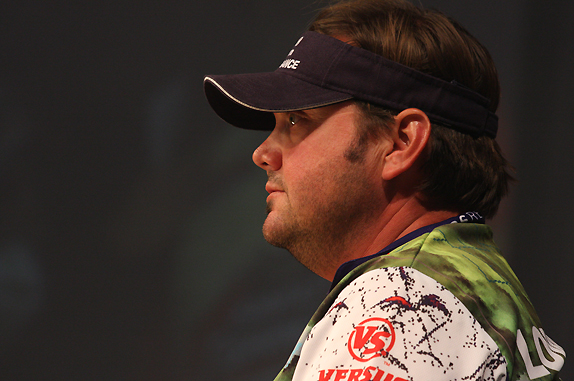 The times, indeed, are a-changin'.

Back in the 2004-05 time period, change in pro bass fishing was measured by how fast tournament opportunities expanded, how many new sponsors joined the sport, and how far apart both major leagues continued to drift.

Fast forward to 2009 and there's a major recession, Ranger's tied up

in the Genmar bankruptcy, Mercury was embroiled in labor-contract difficulties, BASS cut back its schedule, outdoor media is shrinking, and fishing sponsors are tougher to find than a New York cabbie with change for a $20 bill.

But a perceived a beam of light emerged yesterday when FLW Outdoors moved its Chickamauga event, which it had scheduled on top of the Smith Mt. (formerly Amistad) Bassmaster Elite Series.

To those outside the sport, the announcement might seem inconsequential. But for insiders, it's a major development that harkens to the earlier part of this decade, when both tours worked together to avoid scheduling conflicts.

The evaporation of the tour conflict has opened, once again, the possibility of a two-tour pro. But perhaps more important, many see it as the first move of a sea change – a realization by FLW, and perhaps BASS, that today's economic climate demands cooperation.

That line of thinking is enhanced by several rumors currently in circulation. One, that FLW Outdoors may allow Tour anglers to wear their own jerseys on stage and in front of TV cameras next year, while large endemic players like Rapala and Skeeter might be looking at FLW sponsorship. That would certainly make the FLW Tour more attractive to BASS pros.

And two, a quote by FLW Outdoors president and CEO Charlie Evans a few months back, when he said a Super Bowl of bass fishing was "inevitable," might in fact have hinted at a truth. There's behind-the-scenes rumor talk of the two leagues coming together for some type of championship. Some even say the two leagues have had discussions along those lines.

Aside from the rumors, there are some simple facts that could serve as background to yesterday's Chickamauga move. 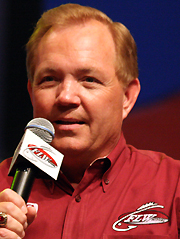 If a pro wished to fish both the FLW Tour and Bassmaster Elite Series next year, he'd face a logistical nightmare. But still, it's possible. Here's how the full schedule lays out.

Not only would Bassmaster Classic pros miss a substantial, or entire, official Classic practice period to fish the Red River FLW Tour, but they'd also need as many as two boats and trucks, given they'd have to fly to the West Coast and back for bookend events in March.

Again, though, it's a possibility. And the Classic returns to Lay Lake for the second time in 4 years. Many pros know the lake inside and out, and rarely touch their best stuff in practice anyway, so a shortened Classic practice might not be such a stumbling block.

It's likely that a BASS pro who wished to fish both tours could get a slot on the FLW Tour through sponsor exemptions. For example, Ranger, Yamaha or Lowrance pros perceivably could join the Tour with little trouble. And a big-name bass pro might receive a red-carpet welcome anyway.

On other side, BASS has held fast to its stringent qualification standards, which forces pros to earn a berth in the Elite Series via the Bassmaster Opens.

However, BASS does offer exemptions for pros who fall out of Elite Series qualification based on number of Classics fished, former titles and more.

BassFan asked BASS whether an FLW Tour pro who had those exemptions but didn't fish the Elite Series last year would be eligible to rejoin. Examples cited by BassFan included Jay Yelas, Larry Nixon, Dion Hibdon and others.

A BASS official said no – any FLW Tour pro could only join the Elite Series through the current qualification system.

The official did state that BASS, as an organization, sees the Chickamauga move as a positive. 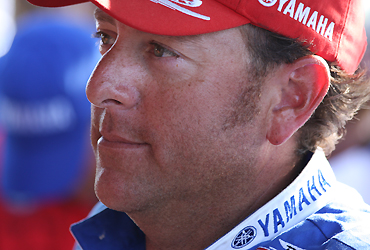 "It's a definitive positive for the anglers," the official said. "We've moved (events) before – we always try to give the anglers the most opportunities to fish. This (move) frees up opportunities."

Bear in mind too that although BASS has held to its qualification system, variance and shifts have been the rule at BASS for the past decade, not the exception.

BassFan spoke with several pros about the Chickamauga move. Each pro was happy that FLW rescheduled the event, and some might fish both tours next year.

Mike Iaconelli, a former two-tour pro who recently finished 2nd in the Forrest Wood Cup, noted: "Absolutely I'd think about it. I think the (schedule) conflict over the last 3 or 4 years has been a major problem in pro bass fishing. And especially with BASS cutting down, I think it's awesome that guys will have an opportunity to fish more tournaments. My biggest problem with BASS (cutting its schedule) is we're pro bass anglers. We fish tournaments. You never want to have less tournaments to fish, so this is exciting."

The decision of which tour or tours to fish is dead-center in Greg Hackney's mind right now. He got his start with FLW, then fished as a two-tour pro, later switched to BASS, but won last month's Forrest Wood Cup (he qualified through the FLW Series).

Hack runs a Triton/Mercury, so his sponsors don't align well, but as Cup champ he's got his Tour card. As of yesterday, he's leaning heavily toward fishing both tours next year.

"I really give FLW a lot of praise for (the move)," Hackney said. "And in today's times, it's really better on everyone if you can fish both tournament trails. The only thing is, I've put this on paper, and it's a really hard thing to do because the tournaments are so scattered."

Hackney figures he'd need two trucks and boats, because the Table Rock FLW bumps up against the Delta Elite Series. And several other events push against one another, so if he made the cut in one, he'd blow a bunch of practice for another.

"I still don't know what I'm going to do," Hackney added. "You can't feasibly do it with one boat and truck. And even then, one tournament's always going to suffer. I'm one of those people who, if I can get in a solid day of practice, I'm fine. But I'd rather not fish an event without any practice. Honestly, I'm in negotiations with Triton to see if I can get a second boat. But I'm also in negotiations with my wife. I feel I can handle the fishing part, but at one point, I'd be gone 5 weeks straight and away from the kids, and being homesick could mess up my fishing."

But another western pro, Dean Rojas, is thinking about returning to two-tour status.

"I applaud FLW for doing that," Rojas said. "It's good that they're working with the anglers out there who want to compete at the top level. It shows flexibility. It's nice that they compromised."

About whether he'll fish both, Rojas said: "I'm thinking about it for the fact that I'm just trying to fish more events next year. With BASS going to only eight for the main schedule, for a professional, you need a big schedule. And (fishing both) would help out Yamaha a lot. I'm talking with them about it and trying to put some stuff together. It would be real close with the Classic and the Red River, then the Delta tournament. It's all going to be about how badly the sponsors want the advertisement and promotion, because there's a pretty good size expense to all of that."

Ish Monroe, a Ranger/Yamaha pro who lives in California, didn't make the Classic. Prior to the Chickamauga change, he was close to committing to both tours with the thought of eating his Chickamauga entry fee. Now that the schedule's clear, he said he's "pretty much in." 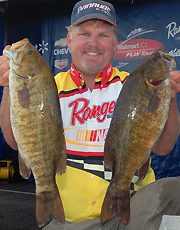 
Pete Gluszek might have the option to fish both tours next year, but would need to find additional sponsor support.

Going the Other Way

The Chickamauga move doesn't help just BASS pros though. Several FLW pros are close to qualifying for next year's Elite Series through the Opens. Names on that list would include Sean Hoernke, Jimmy Mason, David Curtis, Sam Newby, Frank Scalish and Pete Gluszek, among others.

"I'll definitely consider fishing both tours next year," Gluszek said. "I fished the Tour and the Series and the Strens for a couple years to try to get the tournament count up. And when the Northern Opens came back, I jumped on them as an opportunity to qualify for the Elites. The last time I double-qualified, I opted to go to the Tour because more money was being paid back and entry fees were less. But now I'd definitely consider doing both tours. Whether sponsorship's available is a whole other question altogether.

"I think it's very wise for FLW to (change Chickamauga)," Gluszek added. "There'll be less sponsor teams, entry fees will continue to stay high, and I think it's going to be very difficult to fill the field next year on either tour."

> A story in yesterday's Chattanoogan (click here) cites the Chattanooga Sports Committee as saying a Chickamauga event will be on the 2011 FLW Tour schedule.

For reference, here's the list of pros who fished both tours in 2005. A year later, as BASS launched its Elite Series, the era of two-tour pros effectively ended, although a few stragglers remained.