An Analysis Of The Championship Field 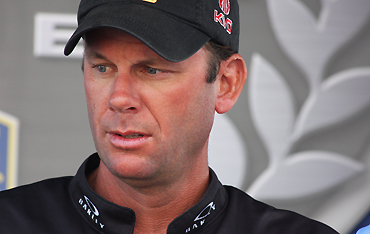 (Editor's note: This is part 1 of a 2-part story about the Top 12 who'll fish the upcoming Toyota Trucks Championship Week.)

BASS's post-season, dubbed the Toyota Trucks Championship Week, begins in 2 weeks. That's when the Top 12 in the BASS Angler of the Year (AOY) race will launch for the first 2-day practice session prior to the Lake Jordan leg.

The field will practice for 2 days at Jordan, compete for 2 days, then move over to Montgomery, Ala. for another two-and-two at the Alabama River.

By any measure, the Top 12 field is star-packed. Five of the 12 are inside the Top 10 in the BassFan World Rankings, and Kevin VanDam, Skeet Reese and Alton Jones are ranked 1st, 3rd and 4th in the world, respectively.

The field includes an impressive list of past AOYs, Bassmaster Classic champions, former two-tour powerhouses and the all-time money leader in the sport.

What follows is a breakdown of the field, with notable accomplishments and a touch of insight as to their strengths. Anglers appear in order of their points standing, beginning with points leader Kevin VanDam. 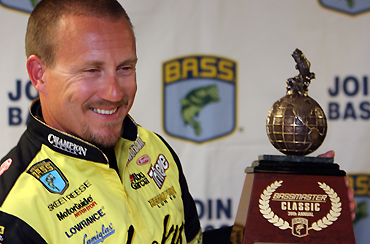 
Both Todd Faircloth (left) and Randy Howell (right) are noted for their consistency, but they'll need to show a killer instinct to close in on the title.

> The 7th- through 12th-place anglers will be profiled in part 2.