You Name It, They Threw It In Pittsburgh 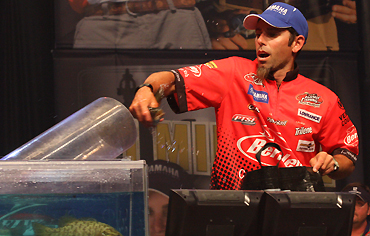 A little bit of everything got thrown at the bass in the Three Rivers at last week's Forrest Wood Cup in Pittsbugh, Pa. Smallmouths, spots and largemouths that measured the requisite 12 inches were difficult to catch and even harder to pattern, and just about anything was worth a try.

The vast majority of the fish in the Allegheny, Monongahela and Ohio Rivers are small, but they're not stupid. Those that have grown to a foot or more in length have been around awhile

and learned a thing or two about survival. Baits needed to be sized proportionally for them, but ones that worked at one time or another ran the gamut from creature imitations to tiny inline spinners.

Following is some pattern information for the anglers who finished closest to winner Greg Hackney.

New Jerseyite Mike Iaconelli was about as much of a "hometown favorite" for this tournament as anybody except Union City, Pa. resident Dave Lefebre. He came in with a specific plan – make the Top 10 by fishing the upper Allegheny, and then try to win it from the lower Ohio. He came within 3 ounces of pulling it off.

He fished more than half a dozen baits regularly over the first 2 days in the Allegheny, including a Jackall Squadminnow jerkbait and a 3-inch Berkley Gulp! Minnow. On days 3 and 4, he relied entirely on a 5-inch Berkley Gulp! Sinking Minnow.

"With that dirty water and the heavy current, I had to go with the full-size Minnow," he said. "I bit off about a half-inch to give it a blunt end and fished it on a 1/4-ounce Tru-Tungsten Ikey Head.

"I'd throw it upstream and let it bounce down over the rocks and into the eddies. Those smaller baits, they couldn't find."

Main factor in his success – "I covered a lot of water and I never spot-fished." 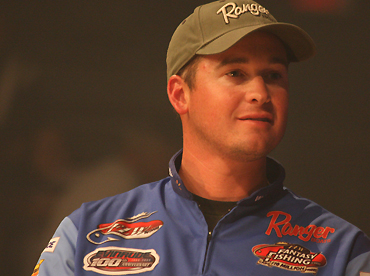 Cody Meyer, the 26-year-old Californian who qualified via the Western Stren Series, brought his finesse skills to Pittsburgh and stayed near the top of the leaderboard throughout the event. He had to find new water every day and was generally successful in that quest.

He fished two locks up the Allegheny and threw a dropshot rig with a Jackall Cross Tail Shad the first 2 days. "I'd go down the bank in 5 to 10 feet of water and when I'd see an obvious piece of cover, I'd work it," he said.

Main factor in his success – "Running new water every day."

Performance edge – "The Lowrance HDS helped me find a lot of the current breaks." 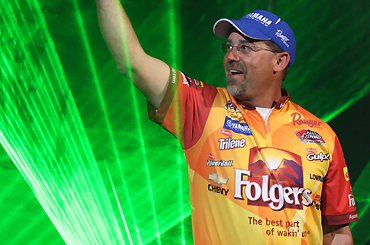 
Scott Suggs' fish were of better-than-average size, but he only caught six of them on the weekend.

Scott Suggs fished one lock up the Allegheny in his bid to become the first two-time Cup winner. He was on fish there that were better-than-average size, but managed a limit only on the first day.

"I didn't pre-fish much, but I rode all three rivers in practice and I could tell that the Allegheny was the flattest of all of them," he said.

He caught fish from the upper portion of eddies on day 1, and then the heavier current pushed them to the bottom on day 2. By the weekend, many of them had scattered to nearby isolated pieces of cover.

Most of his weigh-in fish were enticed by a Texas-rigged tube, but he caught a couple of bigger specimens on day 1 on a topwater popper.

Main factor in his success – "Figuring out in practice what those fish were doing, and then having the confidence to stay in the area and trash-fish after everything changed."

Performance edge – "Two things played a big role – the Berkley Gulp! Alive! Attractant Spray helped with getting those fish to take and hold a bait that big so I could get a good hookset, and I ran my Minn Kota trolling motor on 100 all day long. If I couldn't have done that, I might as well have stayed at the house." 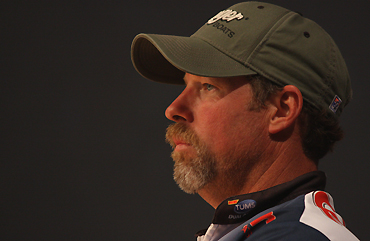 
Rusty Salewske carried the lead into the final day, but conditions changed in his area had changed dramatically.

Rusty Salewske, the second Californian to finish among the Top 5, made the 2-hour run to the farthest pool in the Allegheny that was in play (four locks up). He came back with solid limits on each of the first 3 days and held the lead with one day to fish, but conditions changed dramatically on him on the final day.

The water level fell 2 feet, but the current (controlled by the U.S. Army Corps of Engineers for power-generation purposes) was considerably stronger. There was also a tremendous amount of debris in the water.

"I caught a lot of short fish, and that was aggravating," he said.

He caught his fish throughout the week on a combination of a small jig and a topwater bait.

Main factor in his success –"I practiced with Brett Hite and we shared that area, and then I just stayed with it."

Performance edge – "My Ranger boat. That was a real tough run every day and it never let me down."