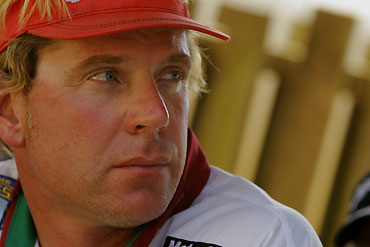 According to Rick Morris, he kept his hand on the boat while in the water, which he understood to be legal.

It was the second DQ of the event. Greg Gutierrez received a full DQ before the event began for a violation of BASS Rule 3(ii).

A BASS press release stated that Morris was DQd under that part of Rule 14 which states: "During competition days, competitors must not depart the boat to land a fish."

The applicable part of BASS Rule 14, in whole, states: "During the competition days, competitors must not depart the boat to land fish or to make the boat more accessible to fishing waters."

According to Morris, he was informed he would be required to take a lie-detector test, but none was given. It's also his contention that yes, he entered the water to land a fish early on day 1, but his hand remained on the boat while landing the fish, which he understood to be legal based on discussions at a tournament rules meeting prior to the Amistad season opener.

Morris also stated that, after he landed the fish, he fully left the boat to retrieve a lure, but added that was never a factor in the DQ, since Rule 14 only prohibits anglers from leaving the boat to "land fish or to make the boat more accessible to fishing waters."

A similar incident occurred at the 2006 Table Rock Elite Series, when Mike Iaconelli was captured on film landing a fish while in the water, but with one hand still on the boat. Iaconelli received no penalty.

Morris said he was shaken by the decision, and feels like he's been punched in the gut.

Morris also said he was surprised to be protested.

"My partner Brandon Pedigo rooms with Bill Lowen and he's buddies with Jeff Kriet," Morris said. "Obviously, he went back and ran his mouth and twisted the story all around and bass fishermen are like wolves. If they can bite you off at the ankles they will, and I'm aware of that. It's just that way. We're all in high competition, and these guys get in these little cliques and get mad when you're sitting on one of their holes and when they get a chance they do something like that (protest you), they will."

Morris' co-angler Pedigo declined to comment for this story. Of the two other anglers mentioned, Jeff Kriet declined comment and Bill Lowen could not be reached.

Weldon could not be reached for clarification before publication of this story.

The Actions According To Morris

Morris told BassFan that the events in question happened early on day 1. His first fish that day was a 4-pounder, which bit a topwater over a flat point. As he played it, he said, it got caught in a rope in "about 6 feet of water."

He said he then pulled the rope up, "just to the point where you can't lean over the boat and get your hands on it."

After that, he said he worked with the fish for 20 minutes, then made the decision to go in after it based on prior discussions at the Amistad rules summit.

Morris said: "It was my understanding at that meeting that, if (a partner) holds my feet and I go in the water, or I get in the water and keep my hand in the boat, that's legal.

"So I just slid in the water, he (Pedigo) held my rod, I put my arm on the side of the boat, landed the fish and jumped right back in the boat. As far as I was concerned, I was still connected to the boat."

Several pros remember the Amistad meeting differently, and told BassFan that Weldon clearly stated anglers must remain in the boat, and that entering the water with a hand still on the boat would be illegal this season.

However, there doesn't appear to be a clear account from anglers about the exact language Weldon used to clarify the rule at that time.

Morris further said of the Amistad meeting: "I thought I was within the boundaries of the rules after that meeting. It was at least a 2-hour meeting to go over all the individual rules – all the little, tiny things, because a lot of it's very vague. One guy raised his hand and said to Trip, 'What you're telling us is if our hand's still on the boat – still connected to boat – we're okay?' Trip said, 'I guess so.' I think he was frustrated at that point."

Morris said that after he was notified of a protest last night, he described the events to Weldon.

According to Morris, Weldon was notified by Pedigro that he'd entirely left the boat to land a fish off bottom in 10 feet of water.

"I was like, 'What?'" Morris said, and added he was shocked to hear that. "It wasn't even 10 feet deep. Then it got into (Pedigo's) word against mine. I'm assuming all these other guys – these people (Pedigo) hangs around with – put him up to it to knock Rick Morris out of the race."

Morris said that during his conversation with Weldon, Weldon told him the issue was whether his hand had left the boat.

"Trip then said, the question here is, was your hand connected to the boat?," Morris said. "Your partner said it wasn't. We're going to have a lie detector test ready for you tomorrow."

According to Morris, after the day-2 weigh-in, there was no polygraph. Instead, he was informed of the decision. Morris said he then confronted Weldon about the Amistad meeting.

At issue for Morris, and what he reportedly discussed with Weldon, is what exactly determines "depart(ing) the boat to land a fish."

"All these guys have their feet in there, or people hold onto (their feet) and they have their heads and torsos underwater all the time," Morris said. "I kept asking Trip, what's legal? And he wouldn't answer the question. I kept coming back to the point about what Ike did (at Table Rock), and (Weldon) said he'd be DQd today for it."

Morris said he plans to appeal the decision within the week.

"To go from 27th to 101st is just not right," he said. "I worked my tail off and I caught that fish. It was my fish. I didn't break a rule. If they want to make a rule about being in the boat and out of the boat, they need to specify what's in and what's out. It's very vague. If this is the case, then all those guys with three-quarters of their body in water should be DQd too.

"I know for a fact that people are like wolves or any other species," he added. "I'm a loner. Once in a while I have a roommate, but I don't get into a cliques like some of the guys are. That makes me an outsider. If there's any way they can DQ me, they will. I've seen it over and over again." 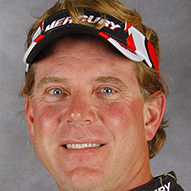