BACK
BassFan's Top 10 To Watch 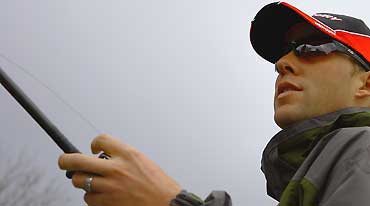 Aaron Martens spent an hour yesterday meditating with his rods in an attempt to get a feel for how today would go.

The Bassmaster Classic – which begins today at Alabama's Lay Lake – is unlike any other event in fishing. It's a 3-day event (vs. 4 days for regular-season tournaments), there's tremendous pressure to win, spectator traffic can demolish anyone's bite, and jitters from first-time contenders can sink the day before it begins.

There are literally countless factors that play into the Classic – the most important event in fishing – which always makes it particularly difficult to handicap.

Here's a look at a few of the issues that might affect the anglers.

While it would be easy to hang the favorite's cap on any of the nine Alabama anglers in the field, remember that no angler has ever won a Classic in his home state. Some of that's simple fishing mojo – locals can get trapped into fishing memories, instead of fishing the moment.

But a lot of it also has to do with boat traffic. Locals often get tailed by as many as 50 boats. Those boats throw off tremendous wakes, which can muddy banks or put schooling fish down. Many spectators also run their electronics, which create interference on an angler's unit, and project a jumbled acoustic mess beneath the water that some say spooks the fish.

That said, this is one Classic where a few locals do belong on the favorites list, just because they're so strong on the lake. Russ Lane is one of them. So are Boyd Duckett, Gerald Swindle, Tim Horton and Steve Kennedy. For the record, here's the list of current Alabama residents fishing the Classic field.

While the BassFan World Rankings presented by Tru-Tungsten don't affect Classic performance, they are the sport's only true multiyear measure of anglers. So pros within the Top 10 always bear watching – they're the best sticks in the world right now. Here's a look at Classic pros currently inside the Top 10, followed by their world rank in parentheses.

Alongside a crop of young guns, a few bona fide legends are fishing the Classic. These guys have been here plenty of times, and nerves are never a problem.

What's interesting about the legends factor is that, when they talk about the Classic, they usually talk about waiting until conditions are right. Meaning, they're probably not going to pick up a spinning rod with 8-pound line in hopes to finish 20th. They'll stick with their strengths, and if the bite happens to intersect their strength, they go for the win.

Here's a look at the legends:

> Denny Brauer – If the warming trend gets the flipping bite going, that might not be the best for him. Instead, if the flipping bite's tough enough to run others off, but still there, the event could go to him. He won the Classic in 1998.

> Tommy Biffle – Somewhat like Brauer, in that he can destroy anyone with the flipping stick, but can do a whole lot more too. The inside slant on Biffle is he's got the "want to," and he's fishing very well. It's tough to peg the exact conditions that would throw the event to him, but shallow fish would factor in there somewhere.

> Kevin VanDam – Hands-down the best overall angler in the field, but tougher conditions might suit him better. Still, he can play big-ball with anyone. If the fish hold back at the mid-depths, where a spinnerbait would rule, that would seem to play to his hand. He's won two Classics.

> Peter Thliveros – Another tough one to peg, because he's good offshore, but those fish may not win. He wants to be consistent and have a good finish, so he'll probably stick with numbers, but if it turns into a spotted bass event, where 3-pounders make the difference, he could get hot. 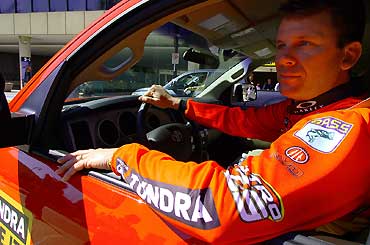 
Kevin VanDam could seal his third Classic victory this weekend.

> Zell Rowland – The no-brainer ideal for a Rowland runaway would be an all-out pre-spawn topwater bite. It could happen, especially if things get glass-calm and tough. That's when he seems to come through with size.

> Gary Klein – Probably the one angler in the field who wants to win more than any other. Again, it's difficult to choose the exact scenario that would favor him to win, but it would probably involve jigs, and fish that reposition repeatedly throughout the day. Among active anglers, he's fished the most Classics without a win (24).

> Rick Clunn – Hands-down the greatest Classic angler of all-time. This is his 31st Classic. He's won four, two of which were back-to-back, and his best scenario would be a change-every-day type of deal. Also, a subtle crankbait bite would suit him.

With conditions changing every day, including water temperature, sunlight, current and water clarity, plus two very different species, this Classic will probably come down to multiple decisions each day. But those decisions will involve more than a choice of which water to fish. The winning angler could very well throw everything out and start fresh every day with a brand new bait.

That places a key on versatility – the ability to fish deep, shallow and in between, plus a knack for fishing moving water, then triggering bites when the water stops. A feeling for pre-spawn fish is key too, as is the ability to execute with a number of baits and techniques.

While each Classic angler is versatile to some degree – they had to be to get here – certain names stand out. Those are:

While being a rookie doesn't automatically make you a favorite to win, it does make you one to watch. It's always interesting to see how first-time competitors fare, because a lot of BassFans probably picture themselves fishing the Classic for the first time too. Here's the list of those in the field who are fishing their very first Classic.

While the above factors outline interesting storylines, BassFan still provides a recommendation on the Top 10 to watch – those 10 anglers the staff feels to be the favorites to win right now. In no particular order, they are:

1. Dean Rojas – He's one of the absolute best at the pre-spawn bite. He reads the conditions like a scientist, feels out the bite like a clairvoyant, and throws the frog for hogs. And yep, he'll be tossing Kermit. He's a flat-out monster this time of year, and a virtual lock for a Top 10.

2. Kevin VanDam – The best angler in the world right now, and arguably the best angler ever. It was tough to get a read on him this week. Usually, when he's confident, he lets you know it. But this is his type of event, because it's a thinking-man's Classic that should reward versatility. More than capable of winning it all once again.

3. Aaron Martens – He finished 2nd to Jay Yelas here in 2002, and 2nd in the next two Classics he fished after that. He's a wizard with spots, and still thinks it'll take a mixed bag to win. He's also a student of current – not so much from the angle of how to catch them when it's running, but more so what to do when it stops. He'll be throwing some long-forgotten baits this week. Here's betting they won't be forgotten anymore. 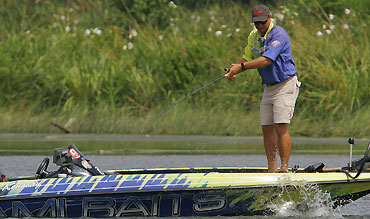 
Steve Kennedy came down with the flu – whether that'll affect his stamina is unknown.

4. Alton Jones – It's a good bet that Jones will someday win a Classic. Why not now? He's fantastic on pre-spawn, and an outstanding fish manager. Also versatile, and picks up on the subtleties others miss, especially in terms of baits.

5. Russ Lane – Nobody knows Lay Lake better – he and his tournament partner have won more than 100 tournaments in the past 4 years around the Birmingham area. Yes, he has to face the jinx, but remember that the Classic was historically held in more stable conditions. The bite here is much more volatile, which means his list of ace holes could become the deciding factor.

6. Steve Kennedy – It's long been his dream to fish the Classic, and this is his first one. An amazingly versatile angler who shifts on the fly with ease. Also a closer – he knows just when to go for the throat. He doesn't have much experience on Lay, but he's well in touch with the Coosa River fishery. Had the flu yesterday, which may or may not affect his stamina.

7. Mike Iaconelli – He's the 2006 BASS Angler of the Year, and ranked No. 2 in the world. The key here is that he loves to pick up the spinning rod for both quality and quantity, whereas most others see it as a limit technique. If 4-pound spots are the deciding factor, then Ike should shine. Also notable is he's ready to play it fast and loose, and fish the moment, which is important in these conditions.

8. Tommy Biffle – There's just something gnawing here that says Biffle's due. Look for him to maybe toad his way into the Top 5, alongside some workmanlike flipping.

9. Edwin Evers – He's a little shaken that his best spots didn't produce on the final day of practice, but his fish are probably still there – they just repositioned. Evers is a sort of wildcard, because he's more than capable of winning it all, but he could dole out a 20-something too. Has a knack for finding the right bank, which could be a major factor, especially if it replenishes.

10. Gerald Swindle – He covers an amazing amount of water and almost wills himself into big bites. The angle here is he knows the fishery, and with the changing conditions, it could all become a junk-fest. If that happens, he develops a serious edge.

> Rick Clunn – It's the Classic, and he's the greatest Classic angler ever.

> Boyd Duckett – Has belonged at the upper levels for years, but stayed back to tend his business. Lives 2 hours away and knows the lake. 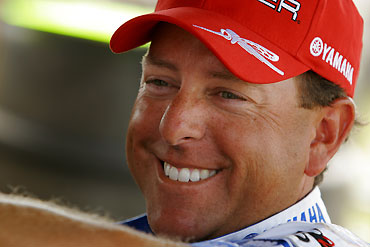 Dean Rojas is all about the frog right now, which could be a devastating bait for fat pre-spawners.

> Kevin Wirth – He's coming off the best year of his career, and a strong finesse fisherman.

> Tom Hamlin – A Georgia angler who qualified through the Tours and could surprise everyone.

> Rojas said of his emotions: "I don't know why, but I feel more relaxed than I ever have at the Classic." About the bite, he said: "I really couldn't ask for any better of a situation."

> Martens said he'll fish both the river and the lake. He also spent an hour yesterday meditating with his rods, trying to establish a feeling for how today would play out.

> Iaconelli isn't thinking about which species to target. He's more about areas.

Here's the Weather Channel's forecast for the tournament days. Note the significant winds projected for tomorrow and Sunday.