BACK
Elite No More 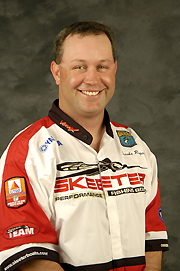 Brooks Rogers said his decision to fish the Bassmaster Elite Series was a bad one from the beginning.

The dream of making a living as a professional tournament angler is over for Texas' Brooks Rogers and Louisiana's Conrad Picou – at least for now. Both have dropped out of the Bassmaster Elite Series, primarily because they weren't winning enough money to keep pace with the $5,000-per-tournament entry fees.

Both have gone back to their former occupations – Rogers is a guide on Lake Fork and Picou runs remote-operated submarines for a company in the offshore diving industry. They plan to return to top-level

tournament fishing at some point, but not until they're better prepared to cope with the financial ups and downs – especially the downs.

The 35-year-old Picou was competing at the sport's highest level for the first time, and he doesn't regret the gamble. "It was phenomenal," he said. "For a guy who grew up fishing, standing there with guys I'd idolized for years was a pretty extraordinary feeling.

"I don't have many negatives to speak of – it's a business like any other, and everybody's in it to make money. It just didn't work out for me this time."

Rogers' situation was a bit different. He'd fished the Bassmaster Tour the previous 3 seasons, so the thrill of sharing a weigh-in stage with the VanDams, Brauers and Iaconellis was long gone.

He knew he didn't have enough sponsor backing to make the Elite Series risk ($55,000 worth of entry fees) a manageable one, but he couldn't resist taking the shot.

"It was one of those deals where your heart says one thing and your brain says another, and I didn't listen to the right one," he said. "It was foolish to think I could win enough money to afford it.

"The reality is that I needed to get eight or nine checks (Top 50 finishes) just to afford to play the game, and that didn't include paying the bills at home."

The season started out promisingly enough for Rogers. He finished 28th (and collected $10,000 checks) in each of the first two events.

However, he posted just one Top 50 over the next five tournaments. When he learned that he wouldn't be able to fish at Kentucky Lake unless he paid the next $7,000 entry-fee installment, he decided to call it quits.

The Elite Series entry-fee payment schedule is structured so that anglers pony up to fish well ahead of the actual tournament. By the time Kentucky Lake (the seventh event) rolled around, he'd already paid $42,000 of the $55,000 total, so he figured he was entitled to fish that tournament.

He found out otherwise.

"I knew the next $7,000 was due on Wednesday night (before the tournament), but I did not have the money," he said. "Between two credit cards I couldn't come up with it, and I only had about $1,500 in my checking account.

"I was standing in the registration line, and (BASS tournament director) Trip Weldon came up and said, 'Brooks, I'm sorry, but we can't let you fish unless you pay the 7 grand.' I said, 'Give me a chance to win $10,000 and I'll pay next week.' He said, 'I know it's tough and I'm sorry, but that's the way it's got to be.'

Weldon offered to let him make the payment the next morning, and his father offered to loan him the money. But in the short time available, he decided that wasn't the route he wanted to take.

"I only had 3 or 4 hours to decide what my career was going to come down to. I'd always paid everything on my own and with what little sponsor money I had. I'm hard-headed, and I decided that borrowing money from my family wasn't something I wanted to do.

"So the next morning when everybody took off (to fish on day 1), I packed up my stuff and came back to Texas." 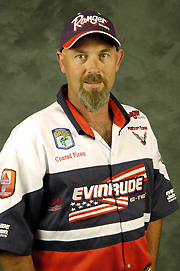 Picou, who qualified for the Elite Series through the 2005 Southern Opens, didn't come close to cashing a check in any of the five events he fished. He was 105th (2nd to last) in the opener at Amistad, and his subsequent placements were 101st, 96th, 95th and 99th.

Despite his lack of success, he regretted giving it up. But he said a job offer emerged at about that time and, when the money he was losing was factored in, he couldn't turn it down.

He made the decision just before he was scheduled to leave for Grand Lake (the 6th stop).

"I regretted having to pull out, and I went back and forth right down to the wire," he said. "I was a little bit embarrassed, but most people never take that step (to fish at the highest level).

"I can say that I went and did it. It just didn't work out. I would've liked to have done better, but I got off to such a bad start. If I could've finished the season stronger, then maybe I could've given it another go next year. I might try it again later in life when I've got more time to focus on it."

Picou said he might have been able to garner more sponsor money to launch his career and pull him through the rough start if not for the hurricanes that devastated his home region last year.

"Trying to obtain sponsors is hard enough as it is, but I had two scenarios that were working against me," he said. "For one, a lot of businesses down here just shut down. For another, a lot of companies that could afford something like that are in the construction industry, and they've got so much work that they don't need to do any advertising. They're turning down work every day.

"I was pretty much self-supportive – when it came down to it, I was fishing for conradpicou.com, and I just did what I had to do as far as getting a boat wrap and all that. But without the hurricanes, I think I could have had some good potential sponsors."

He refused to blame BASS for any part of his situation.

"Nobody guarantees you anything. It's a business investment you're making, and it might not pay off in the end."

Words to the Wise

Rogers, who's guided on Fork since he was 21, was also quick to point out that he doesn't blame BASS for his predicament. He'd had experience running his own business and knew the potential pratfalls involved with the venture.

But he did have some words of caution to young anglers bent on competing against the best in the game.

"The point I want to get across to young fishermen is that, when you're put in a situation like this, follow your dream, but also be honest and realistic," he said. "You can get yourself so upside-down so fast that you won't have time to think about it later.

"When you're young and you've grown up with the dream, it's so easy to get consumed with that. But the next thing you know, you're faced with so much debt, and that's no way to live.

"That amount of money (both the purses and entry fees) is absurd, and if you don't have a bunch of money behind you, then it's foolish to even try to compete."

> Picou said his new job will require a considerable amount of overseas travel, but he won't give up tournament fishing. "I'll ante up with the Strens or the (Bassmaster Southern Tour) and go back at it again."

> Picou said when he dropped out, he forfeited $7,000 in entry fees he'd already paid to BASS. The installments toward the $55,000 total are nonrefundable.

> There were 106 Elite Series anglers when the season got under way in March, but that number is down to 102. In addition to the departures of Picou and Rogers, Dustin Wilks dropped out after one event due to an elbow injury and Robert Hamilton hasn't fished since April due to a personal issue.