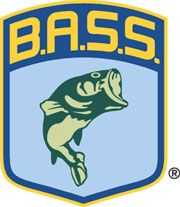 BASS today confirmed an earlier report by BassFan that production of its BassCenter show has been cancelled. An additional change to the television schedule includes the upcoming Bassmaster Legends Major (August 24–27). ESPN will no longer broadcast same-day coverage of the day-4 weigh-in.

In addition, it was confirmed by BassFan today that BASS VP and GM Don Rucks is no longer with the company. Also departed is director of sponsorship fulfillment Terry Tesh.

About the announced changes, ESPN senior director of communications George McNeilly told BassFan: "ESPN has decided to more fully consolidate the operations of BASS within the larger company. This move is consistent with how we approach our other businesses and will more effectively allow us to help BASS continue to grow and succeed with a focus on membership, the Bassmaster Elite Series, and publishing."

McNeilly oversees BASS communications and is based at the company's headquarters in Celebration, Fla.

The departure of Rucks follows that of former ESPN Outdoors VP and GM Christine Godleski in mid-June, and former VP of operations Dean Kessel, who resigned in May. At one time, Kessel also served as BASS GM.

Rucks, who joined BASS in 2004, was largely credited with creation of the current Bassmaster Elite Series and its aggressive 11-event schedule, which includes three no-entry-fee Majors.

"Don Rucks will be leaving the company to pursue other business opportunities, and we thank him for his contributions to BASS," McNeilly said on behalf of ESPN and BASS.

In the absence of Rucks, BASS operations will fall under the direction of ESPN executive VP of programming Steve Anderson. A search for a new GM is underway, said McNeilly.

When BassCenter debuted in 2005, it was planned as the cornerstone of ESPN2's Bass Saturday programming block, and was the only ESPN show to ever share the SportsCenter name.

About the cancellation of BassCenter, McNeilly said: "ESPN remains committed to helping BASS serve its members with the highest standard of multimedia platforms, publications and events, and will stay true to BASS's core competencies."

He added: "I can confirm that we have ceased production of the weekly half-hour BassCenter program. It did not perform up to our expectations. The immediate replacement in the schedule is The New American Sportsman, with Beat Charlie Moore coming in the fall to replace BassCenter.

"We wish to thank everyone associated with BassCenter, and I want to underscore that this is one half-hour program, for the Saturday morning block – (a block) which is predicated to serve bass-fishing fans and BASS members with a wealth of programs, namely the weekly Bassmaster show which covers the Bassmaster Elite Series and Majors."

In regard to the upcoming Legends Major, in place of same-day coverage of the final-day weigh-in, which ESPN has done for Majors, ESPN2 will broadcast the weigh-in the following Saturday (Sept. 2) in a post-produced show to air within the Saturday block.

The statement that ESPN "has decided to more fully consolidate the operations of BASS within the larger company," to "help BASS continue to grow and succeed with a focus on membership, the Bassmaster Elite Series and publishing," might seem to hint toward potential changes within BASS's other competitive trails.

BassFan asked McNeilly about this, starting with whether BASS is committed to its full 2007 Elite Series schedule and structure, including dates, payouts and entry fees, as previously announced.

He said that when Anderson met with the BASS staff today, Anderson "felt it was very important to convey the message that we're committed to the Elite Series as we announced in our schedule. He didn't want any uncertainty in the industry."

About whether BASS is committed to the 2007 ESPN Outdoors Bassmaster Series, the Women's Bassmaster Tour or the Bassmaster Northern and Southern Tours, McNeilly said: "We're in the midst of our various seasons and we're continuing to evaluate all of our programs.

"We remain committed to the outdoors and BASS, and as always, we're continually looking to improve business. We've seen growth in the viewership of ESPN2 outdoors programming, we've seen growth in visitors to Bassmaster.com, (and) the feedback we've gotten from BASS members and pro anglers concerning Bassmaster magazine, the Bassmaster Classic, the Elite Series and the Women's Bassmaster Tour, just to cite a couple of areas, has been overwhelmingly positive. We'll continue to build up that foundation."

He added: "We've learned much over the years and we've had many successes. We believe the changes we're making will continue to grow this business – both BASS and ESPN Outdoors."