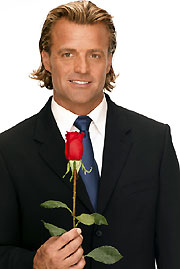 Byron Velvick saw being on The Bachelor as a chance to participate in the "most intense dating service in the world."

(Editor's note: This is part 1 of a 2-parter on Byron Velvick and the beginning of his wild ride as part of ABC's The Bachelor TV show.)

Some people think bass fishing won't get to "the next level" without the power of some seminal event, like what the movie of Norman Maclean's "A River Runs Through It" did for (or to) fly fishing. Fly fishing and professional bass fishing are hardly apples to apples, but you get the drift.

bass fishing, it's already on a rocket-fueled journey to some other level.

But if you're in the former camp, your moment might be here. Tune into The Bachelor TV show on ABC in a couple of weeks, and you should see Nevada tour pro Byron Velvick fishing out of his Ranger/Mercury rig during prime time on one of the hottest TV shows on planet Earth.

No bass fisherman – not even Denny Brauer's picture on the Wheaties box and two appearances on David Letterman's show – will come to close to the exposure Velvick will get from the hype surrounding The Bachelor.

The ratings will be huge (eight digits of households), though under the show's format there exists the possibility that Velvick will be voted off. But he's already all over People, Us and other entertainment magazines and TV shows, and is slated for appearances on Good Morning America, Oprah, Jimmy Kimmel, Ellen, the Emmys and more.

He's under contract with ABC regarding logo usage, so he won't be doing the appearances with his tour jersey on. But the major premise of the two-bachelor format is that one is a city guy (New Jersey's Jay Overbye) and the other is a country boy (Velvick) who, can you believe it, actually makes a living by catching bass. (Editor's note: Internet polls are already popping up about the whole country boy vs. city boy thing.) So professional bass fishing will be front and center.

So putting aside the question of whether professional bass fishing can use a big shot in the arm, will this be one anyway? BassFans and the industry will have to wait and see, but here's how things have been looking from Velvick's perspective.

BassFan.com: What have you been up to?

Velvick: I spent the summer involved in a reality TV show, The Bachelor. For the last month and a half (of shooting), it's been between Jay and I. They've spoiled both of us rotten – they took great care of us. Now it's a matter of watching the show to see what happened.

How did you get on the show?

I was fishing in South Carolina, (the 2004 Bassmaster Tour event) at Santee Cooper. I was in the room with Brett Hite, and my friends called me, Jason and Carrie Jaegar. They're long-time friends of mine in Nevada (near Las Vegas). Carrie used to be a showgirl and had a friend in the same show on the strip, and this girl had gotten into reality TV. She said they were auditioning some new guys for The Bachelor. (The Jaegars had) watched the show – I'd never seen it – and said I would be great for it.

I didn't know what the heck they were talking about when they called me. Great for it? I didn't know anything about the show, but they knew people who knew people (involved with the bachelor selection process). I said I didn't want to try out for anything, and figured I probably wouldn't get it, but I put my name in. They said 8,000 to 10,000 guys were applying for it.

(Eventually) somebody called from the show and said, "Are you interested?" I said, "I don't think so." They said, "Is there a way to get a picture of you?" I told them they could look at my web site. After they did that, they called me back three times. (When he talked to them next), they said: "And you're seriously a professional bass fisherman?" The (TV people in Los Angeles) just ate that up. That was a huge selling point for them, the country boy thing.

I said I was willing to do it, but I didn't want to do ambush TV. I didn't want to fall in love with someone and they pick a million dollars instead of me. But my friends encouraged me to try it.

You wouldn't believe the testing they did on me. They did a blood test, a full physical, a personal background and financial investigation – I gave them all the information and was reluctant (to do it), but I never thought it would go anywhere. Then it got down to just the two of us, me and Jay.

How was the experience?


This is what Velvick used to wear every day.

Everything is a positive if you can find a positive in it. There's nothing negative in doing something like this. It's a chance to find a soul mate. Twenty-five women have been through the same battery of tests you have. It's literally the cleanest dating pool in the country. It would be the most expensive dating service you've ever picked.

It's a great opportunity for a single man who wants to have a committed relationship. They asked me and Jay, "What's your type, what do you like?" They want to have a successful show, (so) they ask you what type of women you look for. It's beautiful. It's great. It's the most intense dating service in the world.

Were any of the ladies impressed that you're a professional bass fisherman?

Me and Jay only had one day to meet them, and I didn't get a chance to talk to all of them. But a lot of women loved the fact that I was an outdoorsman. They liked being outdoors. Everyone had a fishing story. You know how it is when you say you're a fisherman – they caught a bluegill with grandpa when they were 6 years old.

Most of the women appreciated that I could put on a suit and tie and look good on TV, but at the same time I can sleep on a boat for 2 days because I'm an outdoorsman. They loved it. 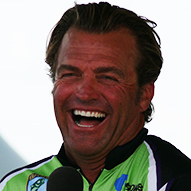