BACK
Struggled With 'All Fish Count'

McClelland Ready To Get Back To His Old Ways 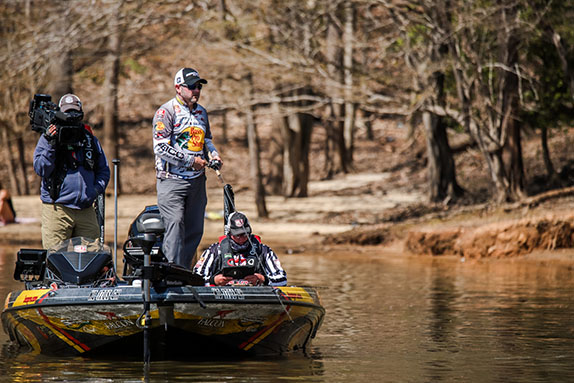 Mike McClelland will compete in the MLF Invitationals next year in an attempt to requalify for the Bass Pro Tour.

Mike McClelland enjoyed the drama-inducing aspects of the all-legal-fish-count scoring format that the MLF Bass Pro Tour competed under for the first four seasons of its existence. It simply didn't work for him.

"It's definitely exciting and exhilarating," the veteran from Missouri said. "It just didn't fit my style."

Following a 79th-place finish out of 80 anglers in the 2022 BPT points standings, he was one of five anglers who lost their spots for 2023 via a performance-based relegation system. In four campaigns, his best showing in the final points was 60th – the other three were all in the 70s.

He'll compete in the MLF Invitationals (the new version of the Pro Circuit) next year in an effort to requalify for the BPT. The Invitationals employ the traditional five-fish format and the BPT has also shifted to counting only the best five per day, which he believes bodes well for his future.

"I enjoy the Cups and the specialty events when every fish counts, but there's no practice," said McClelland, one of the original MLF angler/investors. "When you throw practice in, it changes things. I tend to fish at a little slower pace that some of these guys who are younger than me do these days.

"I'm excited to get another year going. I've had discussions with sponsors and they understand things happen that you can't completely control and I'm ready to put my head down and get requalified."

Ready to Throw Other Stuff

McClelland, a four-time winner on the Bassmaster Elite Series from 2006-14, said he likely put too much effort into adjusting his game plans to suit the every-fish format.

"Even in the tournaments when I caught them doing what I wanted to do, I felt like I needed to be doing something different," he said. "The biggest thing I'm looking forward to is getting back to fish the way I did for the first 19 or 20 years of my career, and that's fishing my strengths and fishing by the seat of my pants. The every-fish format would handcuff you in a way because if you were moving from spot to spot with the clock running, you knew you were eating up valuable time.

"Now, with a number to reach, you can plan more accordingly. I've always been in favor of it and it's been discussed a lot in angler groups and different things. The number didn't have to be five – it could've been seven or 10 – but having that restrictor plate should allow the competition to be tighter. We had some tight events around the cutline and even for the win, but we've also seen a lot of events that were runaways. With a limit on the number of fish guys can weigh, I think it'll make it more exciting."

The new/old format will also result in a return to some traditional bigger-fish techniques and a much wider array of baits being employed. McClelland views that as a very good thing.

"There were some baits that were basically taken out of the ballgame with the every-fish-counts format and this will allow us as anglers to use the full contingent. You'll see more guys bearing down and flipping for big fish or throwing big swimbaits or a variety of other things that don't play when you're trying to catch numbers.

"We'll be able to educate the public even more by using a wider variety of patters on a particular body of water. I've had some success with a spinning rod in the past, but it's not something I enjoy doing. I'm looking forward to going back to more of a power style and keeping a baitcaster in my hand and enjoying the aspects of what I've loved about fishing for my whole career. And the whole aspect of the live scoring, even with a limit of five, you still get to play the most exciting part of the game."

> McClelland will also compete in the Plains Division of the MLF Toyota Series. His goal will be to qualify for the big-money Toyota Series Championship next fall, which will be held on Table Rock Lake near his home in Blue Eye, Mo. 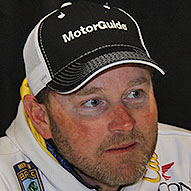