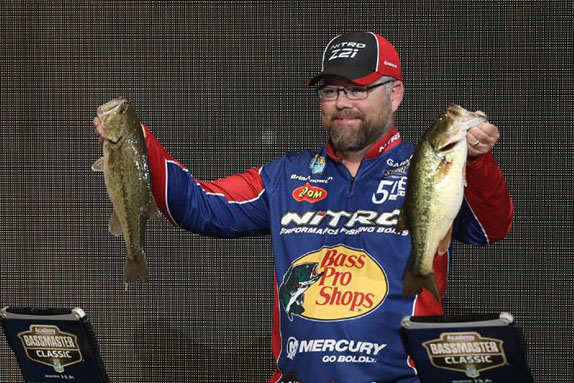 Brian Snowden earned more than $1 million in his long career with B.A.S.S.

Come February, a Bassmaster Elite Series season will begin without Brian Snowden in the field for the first time since the circuit's inception in 2006.

The 48-year-old Snowden, a seven-time Classic qualifier with more than $1 million in career earnings, will step aside from competition in favor of an expanded role with longtime sponsor Bass Pro Shops. The company's headquarters in Springfield, Mo. is just a 45-minute drive from his home in Reeds Spring.

"It was a hard decision, but I had the opportunity for some new endeavors (with BPS) and I elected to go with that," he said. "We're kind of doing this on a trial run to see how things work out.

"It'll be better for my future and for the company if things move forward like we hope they will. They were willing to work with me and I'm very happy with the arrangement we've made."

Snowden's original plan was to remain on the Elite Series until wife Megan retired as a first-grade teacher, which will happen within the next 5 years. However, the chance to become more involved with the restructure BPS has moved up his timetable.

There will be a period of significant adjustment in his new gig.

"All the people in the company I've dealt with over the last 20 years have left in the last 2 years," he said. "We negotiated along both avenues, both with me fishing the Elites and not fishing, and this was the opportunity I felt most comfortable with. I believe it's the most beneficial program for me as well as for Bass Pro.

"Most all of my other sponsors are on board because they realized it's still a great opportunity to sell product in stores and that's really what it's all about."

His duties will include appearances in stores and at special events, conducting on-the-water demos, testing boats and working with engineers on product development. He'll fill a role similar to the one that longtime pro Stacey King played with the company in recent years.

He enjoys face-to-face interaction with recreational anglers and the job will consist of a lot of that.

"Things have changed over the years and now companies lean a lot more on social media, and that's probably my weakest thing," he said. "I'll still have to do some, but it won't be as big of a requirement with sponsors as it's been in the past – it'll be a little more hands-on with the Garmin graphs and the Johnny Morris reels and things like that; more like a standard seminar.

"I enjoy interacting with people on a one-on-one basis. It's what I've grown up doing and I've always been pretty good at that."

May See Some Action

Snowden, who'll continue to guide on Table Rock Lake, is unsure whether his schedule will allow him to fish competitively at all in 2022. If he does, it'll likely be in the Plains Division of the MLF Toyota Series or perhaps on regional circuits (Ozark Mountain Tournament Trail, Anglers in Action, etc.).

He finished 70th on the points list out of 100 Elite Series anglers this year. He said there's a lot about the lifestyle he's leaving that he'll long for, but also some aspects that he won't.

"It's been a great experience," he said. "I'll miss the guys and the camaraderie on the water, but I will not miss all the driving."

His new job will allow him to be more attentive to family matters.

"My wife's father passed away when we were at the Pickwick event (this year) and her mom fell a couple of weeks ago and had to have a leg amputated and we had to move her to a rest home. There's a lot of changes in a family as parents age and I need to be a part of that.

"I got to do something that I loved, but that took me away from home for a lot of years. I don't want to be selfish at a time when people need me at the house." 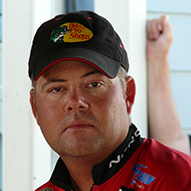