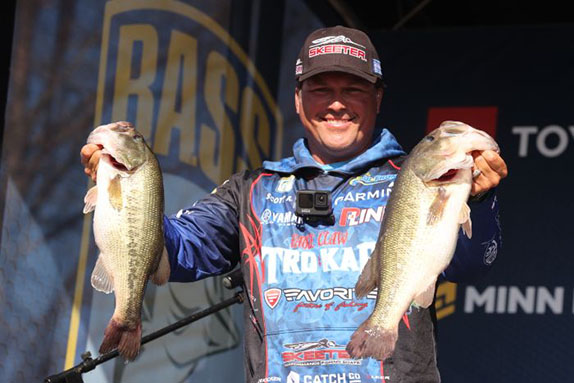 Scott Martin put together a string of solid finishes in the spring, but concluded the season with his two lowest placements.

The majority of Scott Martin's first year on the Bassmaster Elite Series went just about like he'd hoped it would. The conclusion, however, was a disaster.

Martin, the longtime FLW Tour standout who made the move to the Elites for a chance at the Bassmaster Classic title that his legendary father Roland never won, fell short of qualifying for the 2022 edition of that event. He was in great shape to make it with just two of the nine events remaining – including one on a venue where he'd triumphed on multiple occasions – but bottom-of-the-pack finishes in both pushed him outside the cutoff on the points list. As the first angler out, he'll need some help to get in via the Bassmaster Opens.

"It stinks," he said this week. "Those last two tournaments were bad, but the sad truth is this: one fish the whole season, just one upgrade, would've basically put me in the Classic. That was my focus and I might've focused on it a little too hard.

"At both events I took my eye off the prize, knowing that if I got a check at one of the two I'd be fine, and it changed the way I fished. It just affected me and I didn't realize it at the time. If you aim for 50th place and miss, you come in 80th. If I'd aimed for the Top 10 like I (normally) do and missed and come in 30th or 40th, I'd have been fine. I just got too conservative."

Had it Going On

Martin's Elite Series tenure got off to an inauspicious start with a 73rd-place finish at the St. Johns River in his home state of Florida, but he put together a string of five money finishes over the next six outings that culminated with a 12th-place showing at Lake Guntersville (his best of the campaign).

He was 18th on the points list at that juncture and a spot in the Classic field next month at Lake Hartwell seemed all but assured – he just had to remain inside the Top 39. But then came the ill-fated trip to New York, where he was 87th at Lake Champlain and 82nd at the St. Lawrence River. When it was over, he'd fallen to No. 42 in the points and the pandemic-induced stipulation allowing each competitor to drop their worst finish for Classic-qualification purposes didn't aid his cause with two placements in the 80s and another in the 70s.

The Champlain finish was a stunner considering he'd won there three times on the FLW Tour (now MLF Pro Circuit) – victories that were worth a combined $450,000 – and has posted a couple of other Top-5 five finishes. Those derbies had taken place earlier on the calendar, though, and the setup was different this time.

"When I'd had all my success there it was usually the last week in June and there was still a hardcore spawn going on, and I'd mix in those spawning fish with (conventional) fishing," he said. "I knew that wouldn't factor in and I pivoted a little too hard – I figured the fish around the Inland Sea would've been done spawning for longer than other places and they'd be fatter fish. I spent two practice days there and I thought I had a good plan, fishing boulders and stuff like that.

"It turned out that those fish weren't quite out there yet. I'd gotten excited because they were better fish, but the numbers weren't good and I had all my eggs in that one basket. Then on the first day of the tournament I had trouble getting fish in the boat."

When he relocated to what he thought was his second-best locale, he found Taku Ito there. He considered starting there on day 2, but opted to leave it to Ito because he didn't want to be "that guy." Ito exploited it for a 31st-place finish before going on to win the St. Lawrence event.

"When those boulder fish didn't come together and I missed most of my opportunities, it kind of spun me out of control," he said. "I was in a bad spot mentally and it was super frustrating.

"It was literally amazing – I resorted to fishing a Carolina rig in the wind just go get some fish in the boat and I lost the majority of those as well. It was like I couldn't do anything right."

Martin's mind still wasn't right when he got to the St. Lawrence, which is a venue that was unfamiliar to him. He spent part of the practice period on Lake Ontario and generated quality bites, but decided to stay fairly close to the launch ramp in Waddington and avoid risky runs with the idea of catching 16 to 17 pounds worth of the river's abundant smallmouth each day. That didn't work out.

"I was fishing some of the same drifts that other guys were, but they were catching a better grade of fish. I'd get a bite and it'd be a 2-pounder and someone else on the same drift would catch a 4.

"It stinks to be taught a lesson after 27 years of tournament fishing, but fishing for a check or for 50th place is not what I need to be doing. If you have a legitimate chance with a pattern or an area and you think you can do really well, you need to go for it. 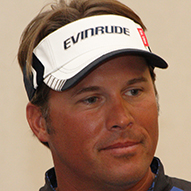