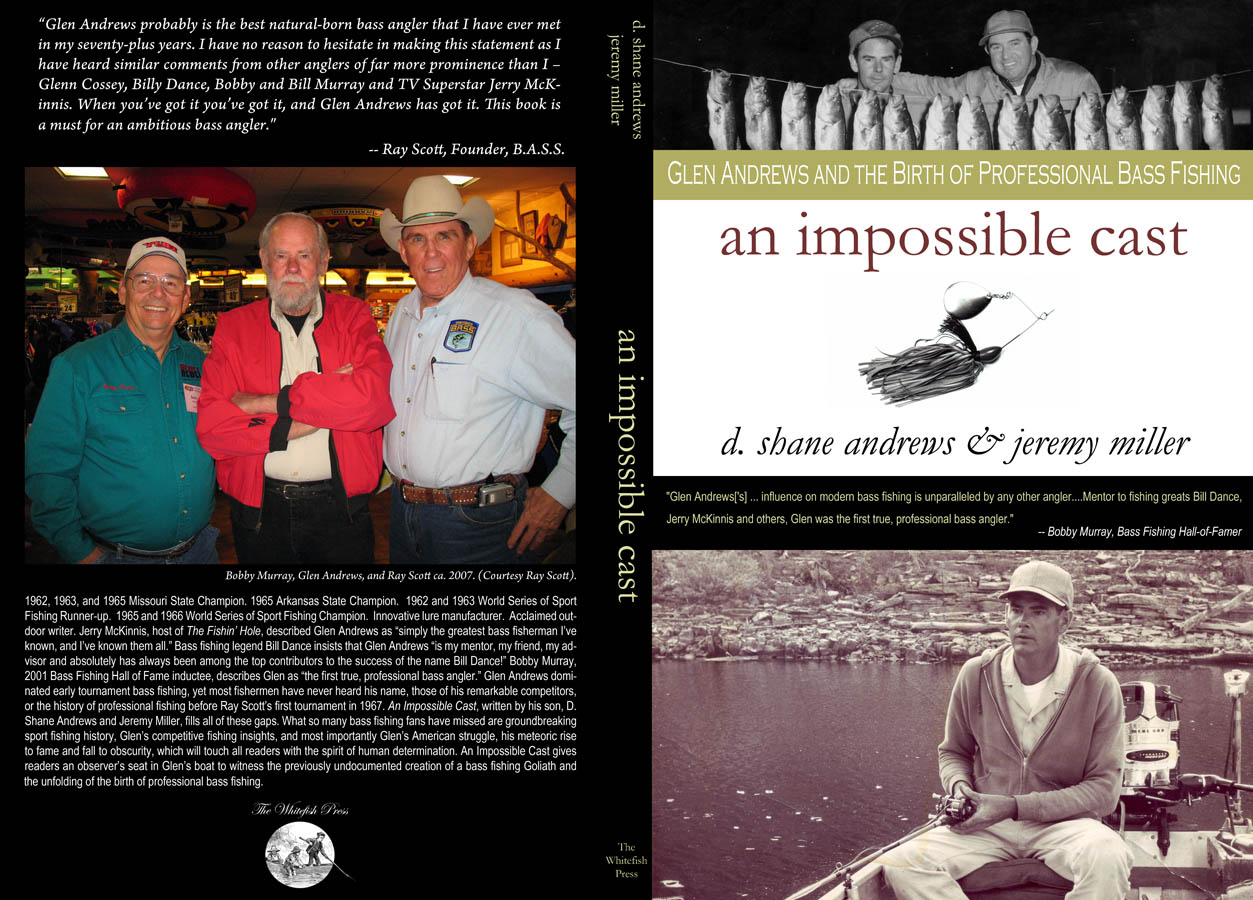 BassFans are well-versed in legendary names like Billy and Bobby Murray, Bill Dance, Roland Martin, and even folks like Virgil Ward, Buck Perry and other late masters. But one name that seems somehow to escape everyday mention is Glen Andrews.

Jerry McKinnis once described Andrews as "simply the greatest bass fisherman I've known, and I've known them all.” Bill Dance considers Andrews "my mentor, my friend, my advisor and absolutely has always been among the top contributors to the success of the name Bill Dance." Bobby Murray referred to Andrews as "the first true, professional bass angler."

For the benefit of us all, Andrews' story is now secured in ink through a biography written by his son D. Shane Andrews.

An Impossible Cast fills many of the gaps BassFans may be missing in their knowledge of sportfishing of pro bass-fishing history. The book covers Andrews' competitive fishing insights alongside his American struggle and meteoric rise and fall from fame to obscurity.

BASS founder Ray Scott already received his copy of the book and provided this jacket review: "Glen Andrews probably is the best natural-born bass angler that I've ever met in my 70-plus years. I have no reason to hesitate in making this statement as I've heard similar comments from other anglers of far more prominence than I – Glenn Cossey, Billy Dance, Bobby and Bill Murray and TV Superstar Jerry McKinnis. When you've got it you’ve got it, and Glen Andrews has got it. This book is a must for an ambitious bass angler."

To order, or to view the table of contents and read sample pages, click here.