Spots could be key at Lewis Smith Open 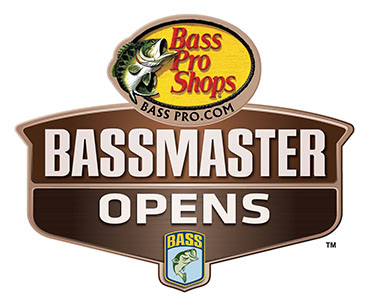 While Alabama native David Kilgore thinks many anglers will be around big spotted bass during the Bassmaster Central Open on Lewis Smith Lake this week, catching them will be the real trick. Competition gets under way Thursday and runs through Saturday.

“You can find them a lot of times, but catching them in the fall is difficult,” Kilgore said. “The last Open we had in the fall here, it was so frustrating because you could be around a pile of 3- and 4-pounders and you could not catch them.

This summer was the wettest that Kilgore can remember and those rainy conditions have continued to affect the 21,000-acre reservoir located just north of Birmingham into the early fall.

“While I was gone to Norman (for the Southern Open in late September), my rain gauge had 3 inches in it and I looked on my phone and the lake had come up 3 feet again,” Kilgore said. “They are on their way to pulling it back down again. It is down from full pool now about 8 or 9 feet, which is not out of the normal this time of year.

“We've just had so much rain this summer they’ve barely been able to get it down that far. They’ve been having to pull it a lot to get it down. I really don’t know what to expect with the water going up and down. We’ve got a lot of bare banks and very little stuff in the water. It is going to be interesting.”

Kilgore was also expecting some cooler weather to move into the area ahead of the tournament, but looking at the forecast he doesn’t see that happening now.

Smith Lake is a generally rocky reservoir with plenty of creek arms and a multitude of docks. In the fall, however, the big spotted bass will be roaming the lake searching for groups of blueback herring, according to Kilgore, and cover matters very little.

“It will be like any herring lake – a Fluke, topwater, whatever you want to try and catch them on,” Kilgore said. “It won’t be reinventing the wheel, just trying to figure out one little subtlety out there in the middle and in the fall that seems really hard to do compared to the spring.”

While there is a solid population of largemouth, Kilgore doesn’t expect them to play for multiple days.

Smith Lake was originally scheduled to be the first stop of the Central Opens season back in April, but flooding and severe storms postponed the event until October.

Virginia native Jacob Powroznik enters the tournament leading the overall Bassmaster Opens Angler of the Year standings with 1,171 points with Tommy Williams of Shepherdsville, Ky., second with 1,124 and Sam George of Athens, Ala., third with 1,111.

With a win at Pickwick earlier this year, Joey Nania of Cropwell, Ala., leads the Central Open standings with 200 points, followed by Lonnie Cochran of Section, Ala., with 199 and John Garrett of Union City, Tenn., with 198.

The full field will compete the first two days before the boater side is cut to 10 anglers for Saturday.