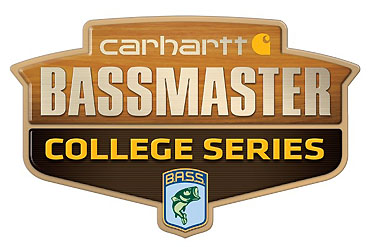 When eight of the country’s best college anglers launch on the Coosa River out of Wetumpka, Ala., Oct. 1-4 during the Bassmaster College Classic Bracket, they will be fishing a new tournament format while competing for a berth in the 2022 Bassmaster Classic.

New for this year, on day 1 of the event, all eight anglers will compete individually to determine seeding and set the bracket for head-to-head competition. Morning action on day 2, the first elimination day in the tournament, will be broadcast on FS1 beginning at 7 a.m. CT.

For the first time, the 2021 Bassmaster College Team of the Year – Auburn University’s Logan Parks and Tucker Smith – automatically punched their ticket to the College Classic Bracket to compete alongside the Top 3 teams from the Bassmaster College National Championship in this individual, elimination-style tournament. Joining Parks and Smith will be national champions Hayden Scott and Griffin Fernandes from Michigan’s Adrian College, Tristan McCormick and Stevie Mills from bass fishing powerhouse Bethel University and a second team from Auburn, Conner Crosby and James Cobbs.

Anglers will be battling it out below Jordan Dam, where the Coosa River converges with the Tallapoosa and Alabama rivers.

“Having grown up in Wetumpka and fished this river numerous times throughout my life, I am excited to see what it will produce,” said B.A.S.S. College Series Senior Manager Hank Weldon. “This is often hailed as the best stretch of the Coosa River, and we can't wait to highlight both the fishery and the country’s best collegiate anglers to a national audience.”

Current will play a big role as anglers look for answers on one of the top spotted bass fisheries in the Southeastern United States. Current breaks on the main river often hold spotted bass in the 4- to 5-pound range, and areas where fresh water is flowing into the fishery sometimes offer the chance to fill a limit quickly without lifting the trolling motor.

It might require weeding through hybrid bass and stripers, but a five-bass limit of spotted bass weighing 18 to 20 pounds isn’t out of the question in the wild river environment.

The most recent major Bassmaster event out of Wetumpka was a two-day Elite All-Star Semifinal tournament on Lake Jordan in 2011.