Dropshots, crankbaits should shine at Detroit 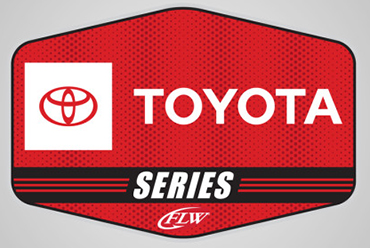 > What: Toyota Series Northern Division
> Where Detroit River (Trenton, Mich.)
> When: Thursday through Saturday (Sept. 17-19)
> What they’re saying: “The Detroit River has gotten more pressure than normal for this time of year, especially since Canadian waters are still off limits to the anglers and they can only fish the American side,” said Major League Fishing pro Jonathon VanDam of Kalamazoo, Mich. “This is also the time of year when the smallmouth begin to migrate off Lake Erie and into the mouth of the river, so anglers will have to choose whether to make a run up to St. Clair or stay relatively close and head south to the mouth of Lake Erie. It’s starting to get cooler, which is always the trigger for the baitfish to start moving. Dropshot rigs – I like the Strike King Z-Too – and any mid-depth range crankbaits, like a Strike King 5XD, are definitely going to come into play."
> Previous high-level FLW event at the Detroit River: Aug. 23-26, 2012
> Winner: Larry Nixon (84-11, 4 days)
> Click here to read about Nixon's Winning Pattern.

Some of the information above was taken from an FLW press release.