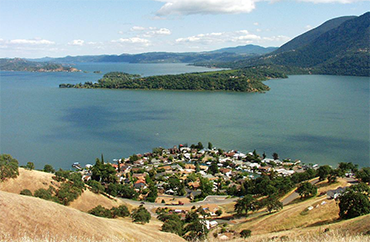 Since 2012, Bassmaster Magazine has released annual rankings of the countryĺs best bass fisheries. While tournament data could not be gathered because of the COVID-19 pandemic, crunching numbers gathered over the past eight years revealed a surprising Best Bass Lake of the Decade ľ Californiaĺs Clear Lake.

ôTypically, creating the rankings takes more than two months as we dig through current tournament data as well as state fishery information on stocking efforts, catch rates and angler access,ö explained Bassmaster Magazine editor-in-chief James Hall. ôInstead, we used all of this research and rankings from the past eight years to create an incredible ľ and somewhat surprising ľ ranking of bucket-list destinations for anglers.ö

While long-considered a West Coast powerhouse, Clear Lake has never topped the Best Bass Lakes list until this year. However, in the past decade, Californiaĺs largest natural lake has also never ranked below 10th in the country and has been the top-ranked Western fishery for the past three years. Anglers can expect to consistently catch big bass in a fishery where an average bass weighs in at over 3 pounds. In fact, a bass over 16 pounds was landed at Clear Lake last year. Combine that production with a pristine setting in Californiaĺs wine country and you have the definition of a bucket-list fishing destination.

Alabamaĺs Lake Guntersville, site of the 2020 Bassmaster Classic, took the No. 2 spot, matching its 2019 rank. Like Clear Lake, the "Big G" has never been named the Best Bass Lake in the nation, but it is rarely out of contention. Guntersville is known for its breathtaking scenery and easy access, but big fish swim there as well. Most big-bass prizes are awarded to fish topping the 8-pound mark, with 10-plus-pounders taking center stage on occasion.

True giants call our 3rd-place fishery, Lake Erie, home. While most of the tournament data comes out of Buffalo, N.Y., anglers can expect smallies in the 6-pound range anywhere along the shoreline, which includes New York, Ohio, Pennsylvania and Michigan. Michiganĺs Lake St. Clair, where you can catch the smallmouth of a lifetime surrounded by Instagram-worthy scenery, is in the 4th spot.

Rounding out the remainder of the Top 10 lakes are Californiaĺs Sacramento/San Joaquin Delta at 5th; Toledo Bend, on the Louisiana/Texas border, at 6th; Texasĺs Sam Rayburn Reservoir at 7th; Texasĺs Falcon Lake at 8th; Idahoĺs Lake Coeur dĺAlene at 9th; and Floridaĺs Lake Okeechobee at 10th.

The rankings identify the top 25 lakes in the nation based on head-to-head comparisons, as well as the top lakes in four geographical regions ľ Central, Western, Southeastern and Northeastern.

ôWe divide the nation into four regions and rank the lakes in each region to give anglers perspective on the fisheries they can most likely reach,ö Hall explained.

As for bragging rights on which state has the most fisheries in the all-decade rankings, that title goes to Michigan with seven lakes. Right behind the ôGreat Lake Stateö there is a three-way tie with California, Florida and Texas each placing six lakes on the list.