'Fish Against Ike' event under way 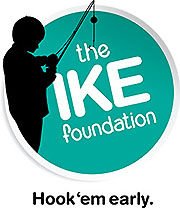 Mike Iaconelli has announced a "Fish Against Ike" virtual tournament that began on Saturday and will run throughout April. It's a fund-raiser for the Ike Foundation, with proceeds going to groups and agencies providing meals to kids displaced by the COVID-19 health crisis.

The event is actually four tournaments in one, as a new contest begins each Saturday during the month. It's divided into Northern and Southern divisions and a total of 16 prizes will be awarded.

Fish will be entered via the Fish Donkey app. There will be prizes each week for the largest bass and longest three-fish limit.

The entry fee is a one-time donation of $20 to the Ike Foundation. For full details, click here.