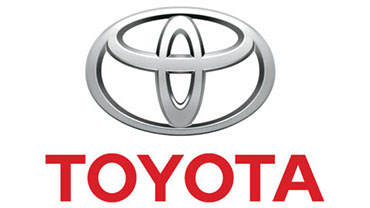 “Partnering with Major League Fishing not only allows Toyota to show continued support of our pro angling team, but support the entire bass fishing community from youth programs to the big leagues in the pursuit of their passions,” said Matt Ozawa, engagement marketing manager, Toyota Motor North America.

Toyota's support of bass fishing is not limited to tournament organization sponsorship, but also includes the popular Toyota Bonus Bucks program as well as the company's support of youth fishing.

As the official vehicle of MLF and FLW, Toyota will host interactive fan events at upcoming tournaments throughout the 2020 season.

“I’m excited to welcome Toyota into the MLF family,” said John Acosta, VP of marketing and business development for MLF. “Through this comprehensive multi-year deal, Toyota continues its rich history of supporting the outdoors, now leveraging MLF’s highly rated media platforms and angler-centric tournament trails to further position Toyota as a catalyst for growth in the sport of competitive bass fishing.”

Said MLF president and CEO Jim Wilburn: “Ten years ago, we had this crazy idea to expand the sport of competitive bass fishing. As the longest national sponsor in competitive bass fishing, it’s an honor to add Toyota to our sponsor roster. Their investment in MLF and FLW validates our goals as a fan-friendly, angler-centric league on a mission to get more people at all levels to go fishing.”