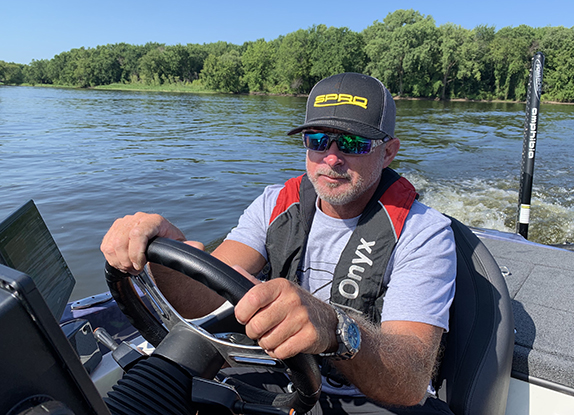 Editor's note: Kriet contacted BassFan after this article was published to advise that the surgery was actually scheduled for Wednesday, Aug. 14).

Bass Pro Tour competitor Jeff Kriet will undergo neck surgery on Tuesday in Oklahoma to relieve pain and discomfort that’s plagued him for a couple years. He’s scheduled to have the C6 and C7 discs in his neck replaced at McBride Orthopedic Hospital in Oklahoma City.

“A couple years ago, I thought I was healthy, but we fished at Rayburn and I caught them on a frog,” Kriet told BassFan. “I threw it for seven days, but I noticed after that tournament, my right arm started to hurt. I didn’t think about it, then I noticed it was going numb and throbbing.”

As the discomfort persisted, he received epidural injections twice a year to combat the discomfort, but the chronic pain got to be too much this season. He also began to wear sneakers with thicker soles while fishing in an attempt to be more comfortable.

“It began to hurt more and by the third tournament, if I wasn’t casting or sleeping or driving, I had to hold my arm above my head to keep it from hurting,” he said. “It was excruciating.”

Kriet had an MRI and other tests done and it was determined the discs were damaged, resulting in a pinched nerve and muscle wasting in the area. He then conferred with a neurosurgeon, who recommended the disc replacement surgery. Kriet says his doctors expect him to regain full range of motion in his arms and neck.

“The outlook is way higher for neck surgery than back surgery,” he said, adding the estimated recovery time is seven to eight weeks. “I won’t be able to do much.”