Murray signs on with Enigma 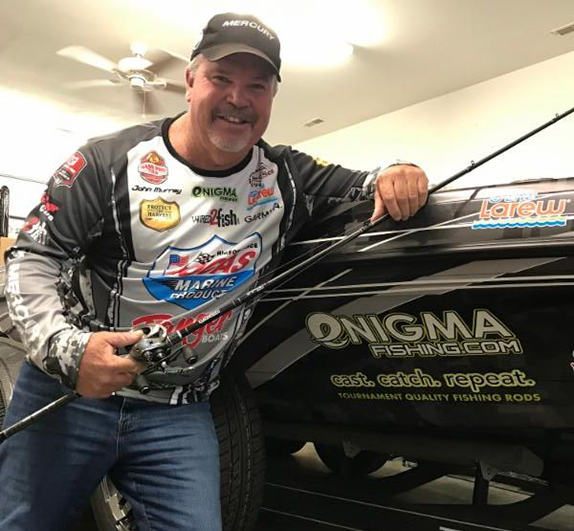 Murray has been a fixture on the tournament scene since he began his career on the West Coast in the 1980s. He's a two-time U.S. Open champion and a three-time B.A.S.S. winner, including an Elite Series victory at Toledo Bend in 2017.

Murray said that joining the team was an easy choice, because of a long history with the founder, and finally the equipment.

“I have known and fished around Jesse (Tacoronte, founder of Enigma Fishing) for 30 years, so joining a company run by a friend was easy,” Murray said. “Even with that familiarity, I need the equipment to be of the utmost standard for performance, and everything I’ve used from Enigma during this process has been amazing. When the opportunity presented itself for me to make a change, I jumped at the change to use and endorse Enigma Fishing; I am looking forward to using them in 2019 and beyond.”

Tacoronte, the founder of Enigma Fishing, and a professional angler on the Bassmaster Elite Series himself, said that adding Murray to the team was something he relished.

“I’ve fished against, and looked up to John for many years," Tacoronte said. "He is the best kind of person, and represents our whole sport in a way that anyone would be proud to have on their team. He brings additional veteran credibility to the Enigma brand, and will help us promote the company to a whole new group of anglers."