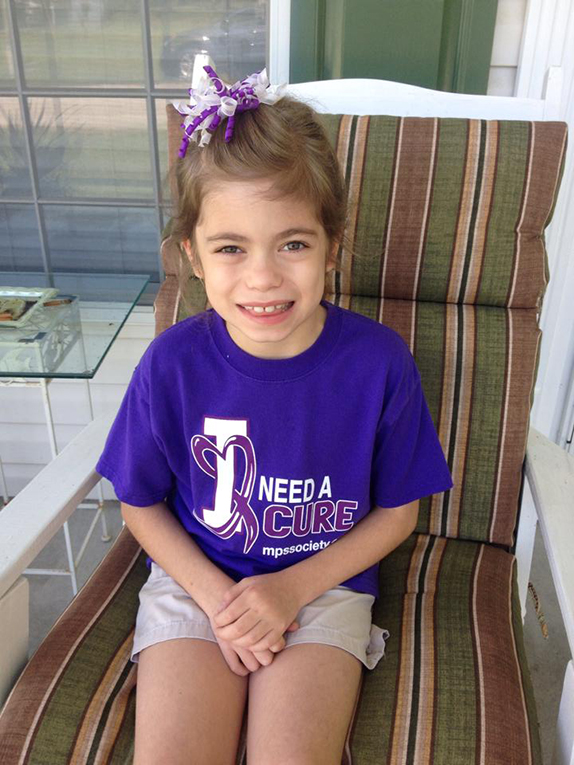 Bassmaster Elite Series angler Hank Cherry is hoping to raise awareness and funding for Sanfilippo Syndrome research after he learned the daughter of a longtime friend had been diagnosed with the disease.

Sanfilippo Syndrome is a rare terminal disorder that affects 1 in every 70,000 young children.

“There are so many diseases and ailments out there that get a lot of attention and support, while the tragic Sanfilippo Syndrome remains virtually unknown,” Cherry said. “I‘d like to change that.”

Children with Sanfilippo Syndrome are born without a vital enzyme that breaks down complex carbohydrates in the cells. Over time, the waste products build up and cause severe brain damage and an early death, typically before their teenage years. There is currently no cure or treatment for the syndrome.

It wasn’t until earlier this year that Cherry learned about Sanfilippo Syndrome.

Ever since learning of Abby Grace’s diagnosis, he has spent many hours researching and educating himself about Sanfilippo Syndrome. He’s making it his objective to not only raise money for his friend’s family and to offset medical expenses, but to raise awareness so that future diagnosed children have a better chance at a longer life.

“I’d love nothing more than for researchers and doctors to heal Abby Grace, but it’s also important to fund the research so that future kids have a chance as well,” Cherry said. “Today, it’s Abby Grace, tomorrow it could be your kid, my kid, or any kid for that matter.”

Cherry isn’t alone in his efforts to raise money for Sanfilippo Syndrome research. Earlier this fall, fellow Elite Series angler J Todd Tucker hosted his annual Songwriters Quail Hunt and through an auction in conjunction with the event more than $5,200 was raised for the Abby Grace Foundation. Jacob Powroznik, the reigning Elite Series rookie of the year, also donated the funds to bring the Ferguson family to the 2015 Bassmaster Classic at Lake Hartwell in South Carolina in February. Cherry plans to host the Ferguson family at the Classic and make sure Abby Grace and her family have a great time.

Cherry and Ferguson played college baseball together at UNC-Pembroke, where former teammates of theirs, headed up by Jason Lockhart, hosted a fundraiser called Strike Out Sanfillipo to raise additional funds for both research and the Ferguson family.

For more information about Sanfillipo Syndrome and Abby Grace, visit the Abby Grace Foundation’s Go Fund Me website at www.gofundme.com/abbygracecure.